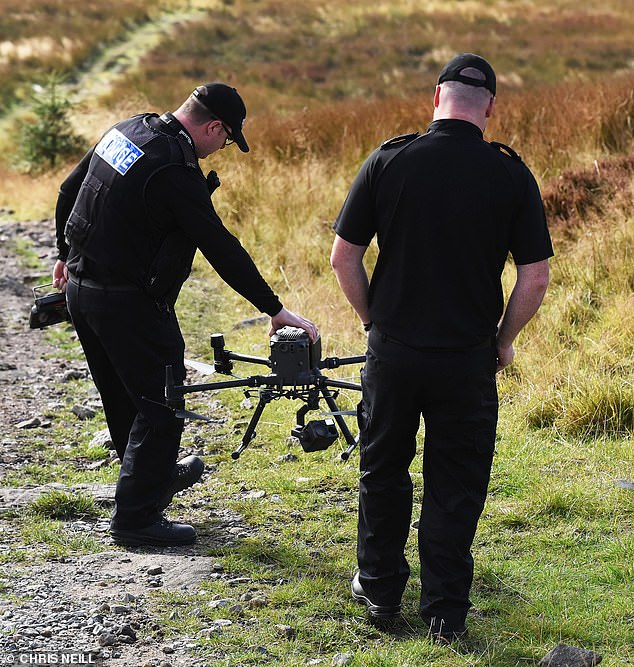 Police used a drone to hunt for the remains of Keith Bennett, who was murdered in the Moors, yesterday as they looked into a claim of the discovery of a child’s skeletal bones.

Since Friday morning, when the Daily Mail disclosed how a crime novelist had made the stunning discovery of what experts believe to be a child’s top jaw, forensics teams have been at a remote location on Saddleworth Moor.

Police announced last night that they will keep investigating the area “for the forseeable future” but claimed that “no recognizable human remains” had been discovered.

Out of the five people that were killed in the 1960s by Ian Brady and Myra Hindley in Manchester, only Keith’s body has not yet been found.

Author Russell Edwards put together a team of specialists, and the dig started.

Alan, Keith’s 66-year-old brother, said that “hundreds of ideas” were racing through his head.

I’m not claiming there is nothing there, he said, but I will say that I, along with many others, am at best perplexed. Mr. Bennett said that while he didn’t think Keith’s bones would be discovered at the place being dug up, “nobody can rule anything else out.”