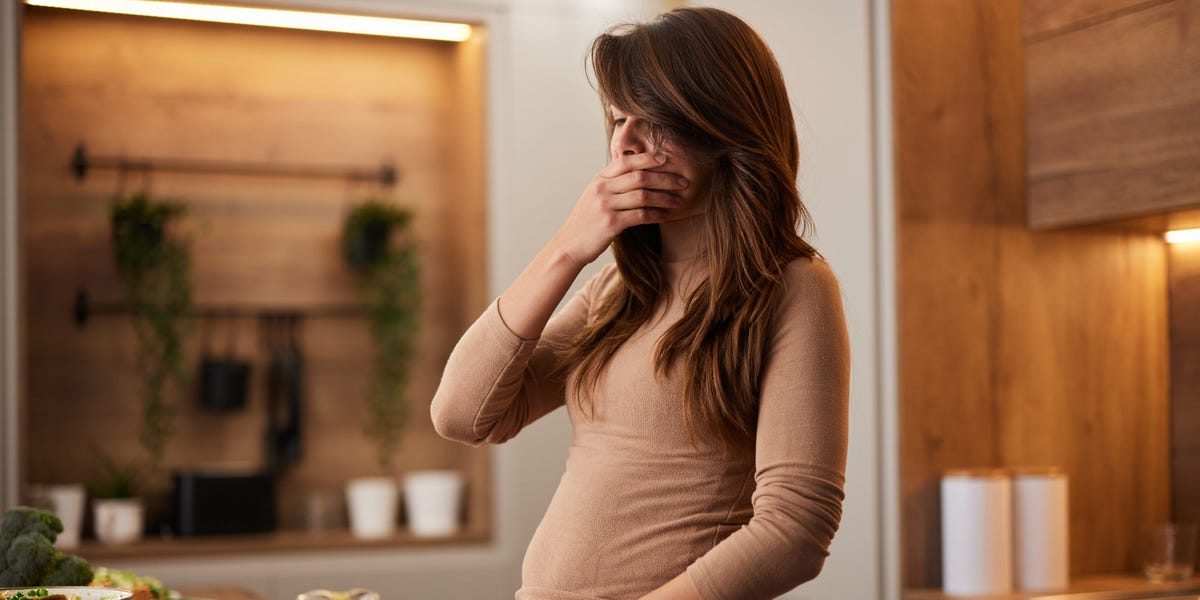 Although morning sickness may be challenging, my symptoms appeared a little worse than usual. After finding out I was pregnant, I dropped 17% of my body weight in three weeks and started having five to twenty daily vomiting fits.

Optimistic advice from friends, colleagues, and family members included eating protein when I felt queasy, trying ginger chews, and munching on crackers in the morning. I couldn’t even keep water down; I was already beyond the point of keeping food down.

They brushed off my symptoms as morning sickness

A week after finding out I was pregnant and gaining 10 pounds, I saw my first OB-GYN and said that my morning sickness sounded a bit concerning. She made a casual remark, “Oh, sure, morning sickness is a doozy, isn’t it?”

I realised after that rejection that my pain tolerance rather than my deteriorating health was the issue. I had the self-loathing idea, “This must be what all women go through.” “How can I be so sensitive to such a commonplace pain experience?”

I then stopped talking, left the office with my little plastic bag, and had a seizure on the way home.

Two weeks later, I was confined to bed. I began working from home in between episodes of lightheadedness and agitated sleep. Orange had appeared in my pee. Worriedly, my husband, who had to work from home to care for me, began to worry. He took me to the urgent care, where the doctor waved alcohol swabs under my nose to keep me from throwing up in her office. She seemed a little frustrated. She clarified that there was no need to be concerned about morning sickness.

The moment I stepped outside the door, I began throwing up on the pavement. I was given a good quantity of alcohol swabs and told to “try ginger.”

I didn’t start to feel like I was going crazy until my third appointment with a new OB-GYN, which was marked by his third pacifying tone and third conciliation over the location of a ginger chews store. It was an authentic “Twilight Zone” encounter.

I had dropped 30 pounds by this stage, but most pregnant women I knew gained weight. I was aware of my malnutrition, but I was more concerned about any long-term effects on my unborn child. As my impulse to defend myself intensified and I continued to deal with disturbingly dismissive physicians, I came to the conclusion that if anybody was going to diagnose my condition, it would have to be myself. I then turned to the internet.

I read hundreds of peer-reviewed medical articles that date back more than a century. I browsed Reddit feeds intently. Finally, I came across a condition that sounded like what I was going through: hyperemesis gravidarum, a crippling condition that is considered to afflict up to 2% of pregnancies and was a major cause of maternal mortality until the 1950s when intravenous fluids became readily accessible.

There was practically an eye roll when I mentioned my findings to my subsequent OB-GYN.

I was certain there was no way out after four OB-GYNs deemed my symptoms unremarkable: I would have to continue down the path, becoming worse and jeopardising the health of my unborn child while the medical establishment looked on.

After five doctors, I received a diagnosis.

The attending doctor listened to my complaints during an ER visit and gave them unusual weight. She said, “Why didn’t you come in earlier?” Has someone informed you that you have hyperemesis gravidarum?

Through a urine test to quantify my ketones and a cursory examination to track my weight loss, she quickly reached the satisfying diagnosis.

Although there is no treatment for HG, mitigating factors include consistent infusions, medication, and ongoing foetal monitoring.

After the diagnosis, my symptoms hardly altered, but my mental health improved. I wasn’t helpless. I wasn’t being theatrical, stupid, or hysterical. I had a serious illness. I was finally going to be OK however.