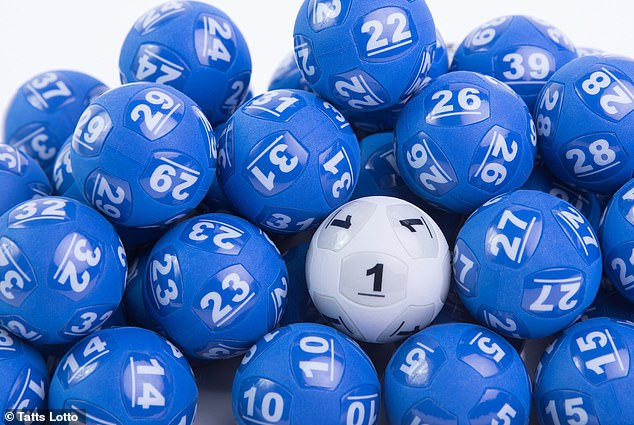 Due to the rising Powerball jackpot, one fortunate Australian may walk away with $100 million this week.

Only four times in the 26-year history of the lottery has the prize gone this high: the first time this year.

Due to the fact that there were no Division One winners on Thursday, the jackpot increased to a record level.

The second-largest lottery win in Australian history would occur if a single player took home the whole $100 million prize.

‘We’re expecting it to be busy in-store and online in the lead-up to next Thursday’s draw since this is the greatest lottery prize [of any sort] we’ve seen in Australia since February this year,’ The Lott spokesman James Eddy said.

We’re certain that the majority of Powerball players are already daydreaming about what they would do if they won a portion of the enormous jackpot next week.

The vacation of a lifetime, early retirement, the ideal house, and all your other desires may come true.

The jackpot is also the biggest since February of this year, so it’s expected to be crowded in stores and online as Australians buy their tickets.

According to Powerball, close to half of all Australian adults are anticipated to enter the draw with a ticket.

Earlier this year, lottery organizers made clear the easy strategies, such as lucky numbers and places, that might raise your chances of winning the money.

According to The Lott spokesperson Matt Hart, there have been six Powerball division one winning entries in 2022 that have won a combined total of more than $226.6 million.

In addition to the three victories in New South Wales, there was one triumph each in Queensland, Victoria, and Western Australia.

“Two-thirds of those winning entries were QuickPick, where the numbers are selected for you when you buy a ticket by machine.”

Syndicates, of which one-third of Division One winners were a member, had a strong year, according to Mr. Hart.

The one-of-a-kind Powerhit entry, which ensure that one of your numbers is the significant Powerball, also accounted for a third of the 2022 winnings.

Instead of traveling to the newsstand or waiting for Powerball to call you, Mr. Hart advised participants to create an online account so they could check their numbers immediately after the draw.

14 Powerball players from throughout the nation won more than $550 million in prizes last year.

The most often drawn Powerball number is 19, while the least frequently drawn is 18.

Victoria: The following postcodes each sold three division one-winning entries: 3004 for Melbourne, 3028 for Altona Meadows, 3429 for Sunbury, and 3199 for Frankston.

In NSW and the ACT, the postcodes 2444 for Port Macquarie and 2127 for Wentworth Point/Sydney Olympic Park each sold four division one winning entries, while 2750 for Penrith/South Penrith sold three.

South Australia: Each division one winning entry sold two copies in the postcodes 5000 for Adelaide, 5009 for Kilkenny, and 5253 for Murray Bridge.

Tasmania: The division one winning entries were sold under the postcodes 7310 for Devonport and 7320 for Burnie.

The largest prize in the Northern Territory for 2021 was $35 million, and it was awarded for the postcode 0836 for Humpty Doo.

Western Australia: Three division one-winning entries were sold under the postcodes 6330 for Albany and 6163 for Spearwood.

»One Australian may win $100 million from growing Powerball jackpot«