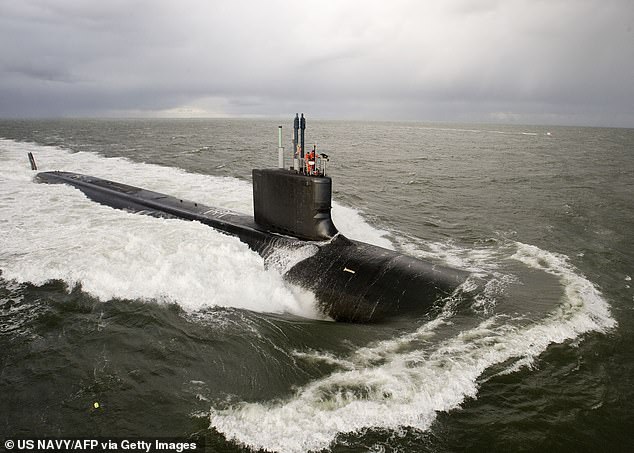 After entering additional guilty pleas in a case involving an alleged scheme to sell Brazil information about nuclear-powered warships, a US Navy nuclear engineer and his wife now face life in prison.

Tuesday in federal court in Martinsburg, West Virginia, Jonathan and Diana Toebbe of Annapolis, Maryland, pleaded guilty to one felony count each of conspiracy to disclose restricted data.

The couple was initially detained in October 2021 after attempting to sell Brazil submarine secrets. Diana Toebbe’s anger over Donald Trump’s election as US president is thought to have played a role in the couple’s plan.

The pair was caught after the FBI received a tip from Brazilian authorities, who had been dropping off military secrets at dead-drops, including one where a digital memory card was smuggled inside a peanut butter sandwich.

The couple entered their second guilty pleas a month after US District Judge Gina Groh rejected their first admissions to the identical counts, stating that the sentencing alternatives were “strikingly lacking” in light of the gravity of the crime.

The couple would each receive a maximum sentence of life in prison and a $100,000 fine under the most recent plea agreement entered on Tuesday before US Magistrate Judge Robert Trumble, although the prosecution is requesting that Diana Toebbe receive a sentence that is at the low end of the guideline range.

According to the prosecution, this sentence would still rank among the most serious ones ever given under the Atomic Energy Act of 1954.

The defendants would once more have the option to retract their guilty pleas and proceed to trial if the court refused to accept the most recent deal.

Jonathan Toebbe, 43, is accused of abusing his access to top-secret government data by repeatedly selling information to a person he thought was a representative of a foreign government but who was actually an undercover FBI agent about the design features and performance characteristics of Virginia-class submarines.

The New York Times identified the foreign government as Brazil, despite court filings not specifically naming it, citing a senior Brazilian official and others briefed on the probe.

Diana Toebbe, 46, was charged with acting as a lookout at multiple prearranged “dead-drop” places when memory cards carrying the confidential information were left behind. Diana was working as a teacher at a private school in Maryland at the time of the couple’s arrest last October.

The memory cards were gadgets that were hidden inside of things like peanut butter sandwiches and chewing gum wrappers.

He dropped a memory card off at a dead drop location in Jefferson County, West Virginia, and the pair were then detained.

According to prior testimony, none of the information was designated as top secret or secret, but rather belonged to a third classification known as confidential.

The plan allegedly started in April 2020 when Jonathan Toebbe sent a package of Navy documents to a foreign government and expressed interest in selling that nation operating manuals, performance reports, and other sensitive information, according to the FBI.

Prosecutors claimed that he enclosed instructions for his purported contact on how to develop a covert relationship with him in the package, which had a return address in Pittsburgh.

The FBI acquired that material in December 2020 via its legal attaché office in the unnamed foreign nation.

That started a lengthy undercover operation during which an agent acting as an official from a different nation got in touch with Jonathan and ultimately paid him $100,000 in cryptocurrencies for the information he was providing.

Federal officials allegedly watched as the Toebbes arrived at a predetermined spot in West Virginia for the exchange, with Diana Toebbe allegedly acting as her husband’s lookout during a dead-drop operation for which the FBI paid $20,000.

According to court records, the FBI discovered a blue memory card sandwiched between two slices of bread on a peanut butter sandwich and wrapped in cellophane.

The Justice Department stated that the FBI gave the contents of the memory card to a Navy subject matter expert who found that the recordings contained design features and performance traits of Virginia-class submarine reactors.

According to the prosecution, Jonathan Toebbe had stored sensitive data and a “significant amount” of cryptocurrencies on his personal devices.

According to testimony given in court last year, FBI investigators searched the couple’s house and discovered a trash bag full of shreds of paper, thousands of dollars in cash, the children’s passports, a “go-bag” containing a USB flash drive, and latex gloves.

At a hearing in December 2021, Diana Toebbe’s attorneys refuted claims from the prosecution that they had messages between the couple from 2019 in which she discussed leaving the country to avoid imprisonment.

Instead, the defense claimed that the couple’s desire to emigrate was motivated by their disdain for the then-President Donald Trump.

As part of the first project for the new trilateral security collaboration AUKUS, the US and UK will give Australia the technology to deploy nuclear-powered submarines.