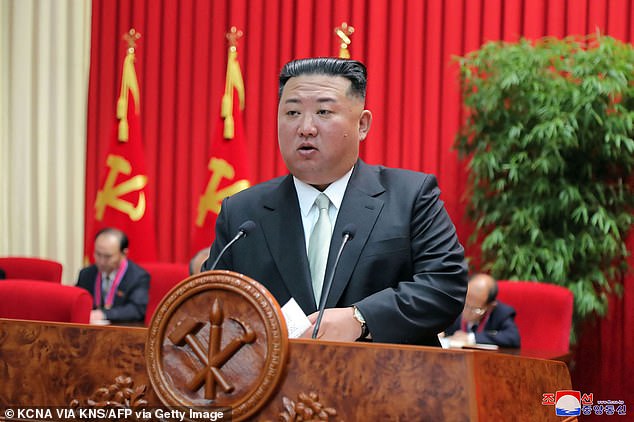 Along their disputed western maritime border, North and South Korea claim to have fired warning shots at each other.

The military of North Korea said that in retaliation, it warned South Korea by launching 10 rounds of artillery munitions.

Conflicts between the Koreas were not mentioned in any reports.

The event happened in the midst of rising tensions after North Korea’s recent blitz of missile testing, which in turn prompted bombing practice by American and South Korean jets.

North Korea flew an intermediate-range ballistic missile over Japan earlier this month for the first time since 2017, which was very provocative and raised already-rising tensions in the eastern Pacific. This prompted evacuation alerts in Japan.

Within hours, the United States and South Korea responded with their own displays of force and might in the area.

South Korea’s F-15K launched two joint direct attack munition (JDAM) bombs at a fictitious target at the Jikdo shooting range in the West Sea, according to Seoul’s Joint Chiefs of Staff, who were joined by four F-15Ks from the South Korean Air Force and four F-16s from the US Air Force.

The exercises, they continued, were designed to show off the allies’ “capabilities to deliver a precise attack at the genesis of provocations.”

The North Korean missile was fired at 7:20 am from its Mupyong-ri test facility, which is close to the Chinese border, and it crossed over the Tohoku area of Japan five minutes later. The public was instructed to seek shelter as warning sirens sounded.

The rocket, which was the longest-range North Korean missile test ever, flew over the continental United States before traveling 1,800 miles off the eastern coast of Japan and splashing down in the Pacific at approximately 7.45 am. Nobody was wounded or any damage was done.

Nevertheless, the test is a blatant provocation that North Korean leader Kim Jong Un views as a preparation for an invasion and is likely in reaction to joint naval exercises last week involving the US, South Korea, and Japan.

It also follows a rapid succession of missile tests by North Korea, now five in ten days, and comes as the US issues warnings that the nation is preparing for another nuclear test as Pyongyang steps up attempts to develop a fully functional nuclear arsenal.

According to some analysts, the missiles effectively threaten US allies and the US homeland in an effort to get concessions from other countries. The nuclear-capable weapon may be able to go as far as Guam, a US territory.