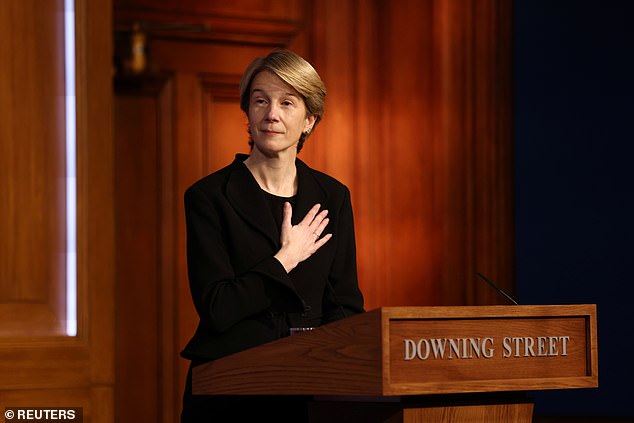 The head of the National Health Service has stated that rapid response teams will be dispatched to treat elderly individuals who phone for help after a fall at home so that they are not forced to wait for hours this winter.

Amanda Pritchard, who took over as head of the health service from Sir Simon Stephens last year, thinks that the preparations would alleviate burdens on the NHS this winter.

The community teams will respond to calls, assist the patient at the spot, and refer them to long-term care providers.

Over the previous few months, ambulance delays have caused patients to wait over forty hours before being transported to the hospital.

46-year-old Ms. Pritchard stated, ‘We will be urging individuals to significantly increase falls response services for persons who have fallen but are not wounded.

This will not place them on a path that leads to the rear of an ambulance outside of A&E, but it will redirect them to the correct pathways.

The teams will assist anyone who have fallen but are not gravely hurt, according to The Sunday Times.

Winter is predicted to be difficult for the NHS. On Friday, it was reported that one in eight people in England was now on the waiting list, as the line for basic surgeries surpassed seven million for the first time ever.

Since records began in 2007, this is the greatest total.

Nearly 390,000 people have been forced to endure one-year delays for treatment, frequently while in excruciating agony.

The chief executive of the NHS also intends to implement respiratory centres to provide same-day assistance to patients with lung issues.

Each one will free approximately 8,000 appointments, diverting patients away from GPs and A&E departments.

In addition, new control rooms will monitor services around the clock and expedite decision-making at the highest levels.

There are also estimates that rising inflation will cost the NHS an additional £7 billion every year.

She stated, “Of course we want people to enjoy themselves, but part of our responsibility is to arrange accordingly.”