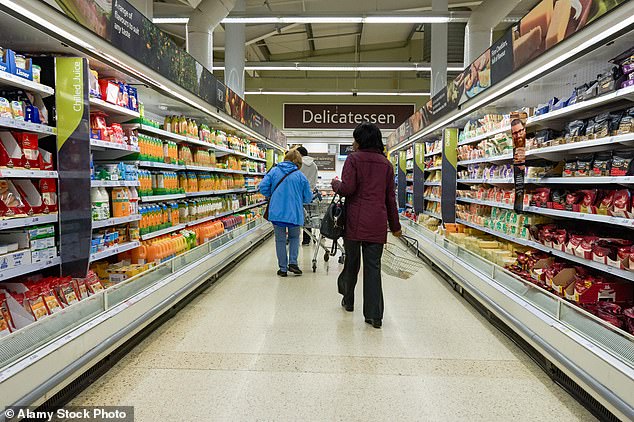 As businesses raise the price of multi-buy food offers by 20%, bargain hunters are advised to be on the lookout for “deal-flation.” says Daniel Jones.

Marks & Spencer, Morrisons, Tesco, and Waitrose have increased deal prices by up to double the rate of inflation, which is 9.9%.

After “shrink-flation,” in which prices increase but portion sizes decrease, comes “deal-flation.”

According to Rebecca McDonald of the anti-poverty organisation Joseph Rowntree Foundation, “food prices are growing faster than inflation, with living expenses overtaking households.”

Marks & Spencer secretly increased their much publicized “three for £10” meat and fish promotion to “three for £12.”

Dinner for two at Tesco Finest has increased from £10 to £12.

These are the incentives that supermarkets use to get customers into their stores, therefore raising their prices demonstrates that they have really reached the breaking point, according to retail analyst Sarah Coles of financial services company Hargreaves Lansdown. Since shelf prices have increased, utilizing offer pricing still allows customers to save money, but the offers now cost more. Middle-class families are now also being impacted by rising costs of living.

Deal prices have increased at Waitrose and Co-op as well, albeit by less than 20%.

We provide reasonable pricing without sacrificing quality, according to M&S.

There is unprecedented inflation, according to Morrisons. To keep pricing low, we do a lot of effort.

Our supper for two is a superb deal, according to Tesco. We’re determined to pay attention to the expense of the weekly grocery buy.

The previous multi-buy deal has been in effect for years, according to Waitrose. Customers may now save money by purchasing fewer things.

The “two for £7” deal pricing from Asda has not altered. Multi-buy deals, according to Sainsbury’s, were discontinued years ago. There are no meat or meal offers at Lidl or Aldi.