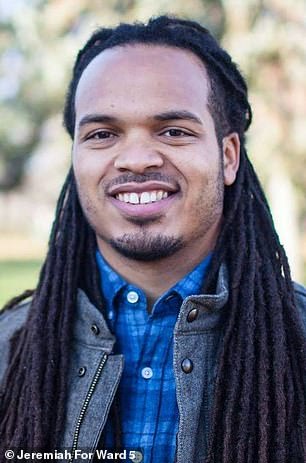 Minneapolis has taken a step toward dispatching social workers to 911 calls involving people who are allegedly experiencing mental health crises.

The two-year, $730,000 initiative would assign a total of 25 social workers to the city’s five police precincts. If a call was considered important enough for a social worker to respond to, they would be sent with the police.

The legislation was approved by the Policy and Government Oversight Committee in Minneapolis on Monday. If approved by the entire council on Thursday, it will go into effect the next year.

By offering mental health care to 911 callers, the initiative aims to “lower [the] incidence of arrests/prosecution of individuals in mental health crises.”

The murder of George Floyd in May 2020 was one of the most notorious encounters between a law-abiding civilian and the local police force in Minneapolis.

After Floyd was killed by officer Derek Chavin, the municipal council decided to abolish the police force entirely and cut $1.1 million from its budget.

The police force was ultimately rescued, but Minneapolis has kept its attention on forward-thinking alternatives to policing.

To although many applaud efforts to try and prevent deadly encounters between citizens and police, others cite the city’s skyrocketing crime rate as proof that a robust police force is now more crucial than ever.

According to the city of Minneapolis’ website, if the new program is authorized, social workers and police would work together to “increase the level of support offered to persons requiring crisis intervention.”

This is especially helpful when thinking about how to treat victims of abuse and their families using a trauma-informed approach.

Along with assisting locals, one important objective is to “improve public satisfaction with the responsiveness to mental health services and crises.”

Additionally, it is stated in the plan that social worker solutions would be “customized to the person’s culture.”

Director of Hennepin County Behavioral Health Leah Kaiser remarked, “If we are just addressing that person when the crisis happens, we are not doing anything around prevention of that next call.”

We aim to stabilize that person by establishing a variety of connections for them. It might be employment, housing, or a variety of other services.

Three years ago, social workers embedded in police departments in six towns around the county as part of the initiative, which is overseen by the Hennepin County Human Services and Public Health Department, got underway.

Then it spread to additional local communities, with the exception of Minneapolis, which had become out of control as a result of the Defund the Police campaign.

An upsetting video that was shared online over the weekend shows exactly how lawless the city has become, with a police horse being bullied and cursed at, people fighting, and illegal street races taking place close to where raucous women performed the twerk on top of moving vehicles.

Video captured the wild situation that was happening outside The Gay 90s pub on Saturday night as a police officer attempted to break up a brawl involving several groups of guys. Girls were seen twerking on top of vehicles and screaming at the police horse.

After a brawl broke out in front of the pub, policemen can be heard urging the ladies to “go out, keep moving,” but the group resisted and shouted at the mounted officers.

The cop once yelled, “Don’t touch my horse,” when one of the girls attempted to pet his mount.

On Saturday night, there were other displays of revelry outside the pub, and when the frightening video opens, it is evident that one guy is being attacked.

The guy was seen being kicked by a gang of men till he rolls into the street while already in the fetal position on the ground. When the victim attempts to get up, one of his assailants kicks him in the head.

The movie then switches to EMS personnel carrying an attack victim on a stretcher and hoisting him into an ambulance after he is seen attempting to crawl away.

Following the death of George Floyd by officer Derek Chauvin in May 2020, Minneapolis was the focal point of those demonstrations.

Along with an increase in assaults of 8.8 percent, property crimes have increased by 14.8% since last year.

The city’s overall crime rate has increased by a startling 15.9 percent over last year.

And according to CNN, 93 people have reportedly been shot in the city in the last year, falling just short of the city’s murder toll in 1995, when it was given the label “Murderapolis.”

As of right moment, it has the 19th-best per-capita murder ranking out of 70 jurisdictions.

Meanwhile, since 2016, when around 54% of the cases were resolved, the clearance rate for murder cases has been declining.

According to experts, crime started to increase following George Floyd’s passing in May 2020, when the city turned became the focal point of the Defund the Police Movement.

Fireworks erupted around Minneapolis as demonstrators demanded Floyd’s justice and called for the dissolution of the Minneapolis Police Department.

After some resistance, City Council members finally agreed to “end police as we know it” in July 2020.

With the intention of transferring the funds to the municipal health department to support civilian violence interrupters who would mediate disputes, the council slashed $1.1 million from the city’s police budget.

Residents claim that soon after, cops started to leave the riskier areas.

According to lifelong resident KG Wilson, “the crooks were rejoicing.” “They were becoming wealthy.” They were brazenly selling narcotics.

In addition, due to retirements, resignations, and disability leaves as a result of Floyd’s passing, Minneapolis police saw a significant outflow of officers during the last two years.

Its council voted to dissolve the police force, however they later abandoned its ambitions.

From 900 policemen in early 2020 to roughly 560 in August of this year, according to police department leaders, the city’s police force has decreased by more than one-third.

The average 911 response time increased from 10 to 11 minutes earlier that year to 14 minutes in May 2020 as a consequence.

According to CNN, response times in the city’s crime-ridden north side exceeded 17 minutes in 2021 as they continued to rise.

Dispatchers are now instructed to hold all non-priority-1 calls citywide, including those about theft, suspicious activity, and property damage, on certain evenings because they are so busy.

Because of staffing issues and poor morale, the Minneapolis Police Department has sometimes even declined to react to specific offenses in a timely way.

It’s no secret that police enforcement, particularly in the past two and a half years, has been unfairly and severely demonized, according to National Police Association Sgt. Betsy Brantner Smith.

You can’t simply declare a whole profession to be racist and expect people to accept that by saying, “Ok, you know, keep pouring on.”