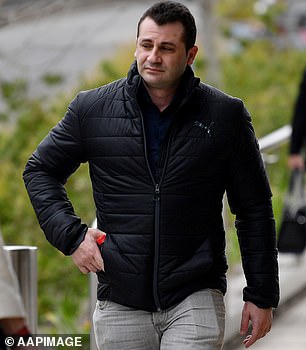 The husband of Melissa Caddick claims he had no idea his wife was robbing friends and relatives of millions of dollars and that he didn’t even question her why the corporate inspector or federal police were unexpectedly invading their house.

Anthony Koletti, a former hairdresser, DJ, and prawn farmer, started testifying at the inquest into his wife’s disappearance and possible demise on Tuesday at the NSW Coroners Court.

Jason Downing SC’s legal counsel questioned Mr. Koletti about his remarks to police shortly after he reported his wife missing in November 2020.

Does the question’s asker and purpose affect the answer’s sincerity? said Mr. Downing.

Mr. Koletti said that he didn’t ask Ms. Caddick what was occurring after the 12-hour search that included the Australian Federal Police and the Australian Securities Investment Commission, and that they just went to bed.

There is just one truth, said Mr. Koletti.

Although Mr. Koletti insists he has always been honest, he acknowledged there may have been times when his “wires were crossed” as a result of his fear and concern.

He volunteered to make his wife a coffee since he had noticed that she was “a little bit unsteady” and seemed distant and hazy during the day.

At any time, Mr. Downing inquired as to the purpose of ASIC’s thorough investigation of his wife’s office and the confiscation of hardware and priceless goods.

“No, I don’t think I was particularly concerned about it at the time,” she said. Simply put, I thought she hadn’t done anything wrong.

Mr. Koletti agreed that the incident was unusual and startling. It definitely caught me off guard, Mr. Koletti added.

Without a police officer present, the pair was seen together seven times on CCTV outdoors in the garden, according to Mr. Downing.

After the 49-year-old allegedly left their house for the final time on November 12 at about 5.30am to go for a stroll, Mr. Koletti reported her missing around 30 hours later.

His accounts to police of when he last saw his wife have been contradictory and are being closely examined at the inquest.

Earlier, Dominique Ogilvie spoke at the inquest about her unexpected contact with a lady in August 2020 who inquired about her use of Melissa Caddick’s services.

And when she said, “I need to talk with you,” I said yes.

After exchanging phone numbers, Ms. Ogilvie sent a message that said, “Dying to speak to you,” since she was so disturbed by her tone.

While on vacation in Aspen, Colorado, Ms. Ogilvie met the con artist while residing in an apartment that Ms. Caddick allegedly owned.

She made a $450,000 investment in April, and according to the data she got, she made a “excellent” profit.

She texted Ms. Caddick with the message “Big birthday present just gone into your account,” telling the inquiry she was being “a little bit clever, sarcastic.”

Ms. Ogilvie is one of the few who was able to get her money back plus an extra $380,000 in alleged profits.

She was officially interrogated by the Australian Securities Investment Commission on September 14, although she said that she was still unsure of the scope of the scam.

She said that she never disclosed the ASIC probe of her to Ms. Caddick.

On the NSW south coast, roughly 400 kilometers south of Sydney, Ms. Caddick’s disintegrating foot covered in an Asics shoe came up in February 2021 at Bournda Beach.