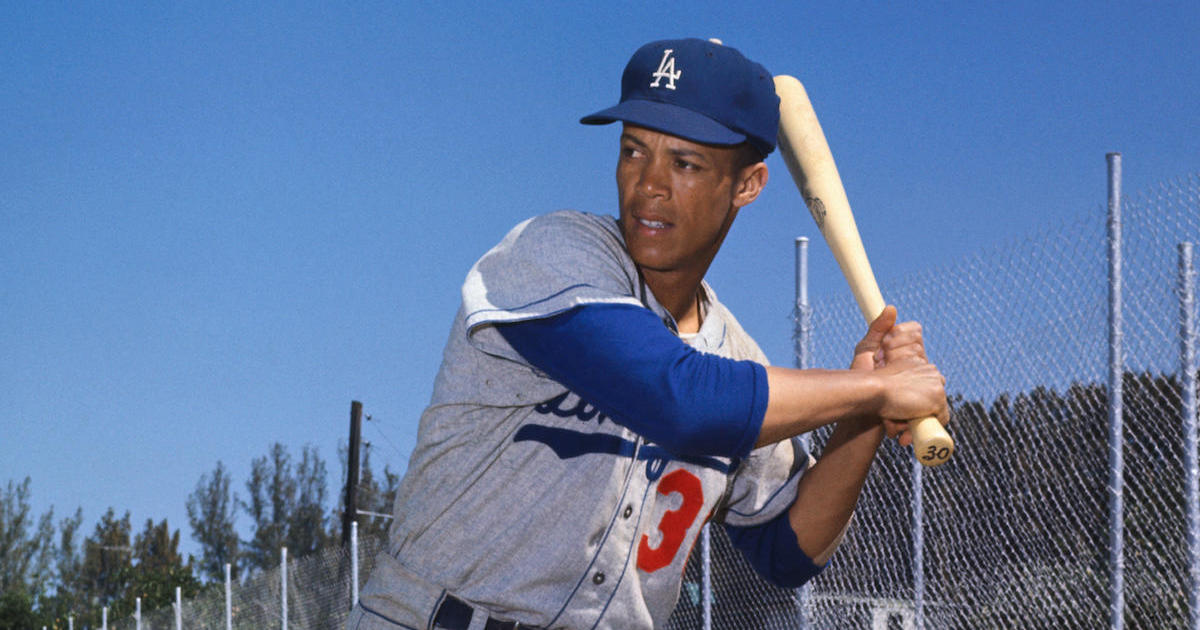 Maury Wills, a shortstop for the Los Angeles Dodgers on three World Series championship teams, has passed away. He was known for intimidating pitchers with his base-stealing skills. He was 89.

The club announced Tuesday that Wills passed away Monday night at home in Sedona, Arizona after learning of his passing from family members. The reason of death was not disclosed.

Wills spent his first eight seasons with the Dodgers, playing on World Series championship teams in 1959, 1963, and 1965. Prior to playing for the Dodgers again from 1969 through 1972, when he retired, he had played for Pittsburgh and Montreal.

On September 23, 1962, Wills stole 97 bases, breaking Ty Cobb’s previous mark for a single season. He was the first player to steal more than 100 bases in a season.

For the remainder of this year, the Dodgers will sport a patch in his honour.

One of the most thrilling Dodgers ever, according to team president and CEO Stan Kasten, was Maury Wills. “With his baserunning, he revolutionised baseball and elevated the value of the stolen base. He played a significant role in the Dodgers’ three world championship victories.”

In 1962, the year of the All-Star Game played in his hometown of Washington, D.C., he was named the National League’s Most Valuable Player.

For the All-Star Game, Wills stayed with his family rather than at the team hotel. He arrived at the stadium sporting a Dodgers shirt and a Dodgers bag. The security guard, however, refused to let him in, claiming that he was too small to play baseball.

Wills proposed that the security officer lead him to the NL clubhouse door, where he would wait while the officer asked the players to verify his identity.

Wills took the MVP trophy home after the game and showed it to the security guard.

Wills told the Post that the man “still didn’t believe me and thought maybe I was carrying it for somebody.”

He was given credit for reviving the stolen base tactic. Even if he didn’t try to steal, his speed made him a constant threat on the basepaths and kept pitchers off balance.

When he wasn’t on base, he closely observed pitchers and their pickoff techniques. He was even more determined to steal when a pitcher’s throw forced him back to the bag.

Wills was on first base once during a game against the New York Mets when pitcher Roger Craig threw 12 straight pitches to the bag. Wills stole second on Craig’s subsequent throw.

Wills began wrapping his legs in bandages before games at the age of 32 due to the consequences of sliding.

After retiring with the Dodgers in 1972, Wills spent five years as a commentator for NBC. He oversaw winter baseball in the Mexican Pacific League as well, earning the league title in 1970–1971.

Wills was attacked for his lack of management experience during his time as the Mariners’ manager, and his stint was generally seen as a fiasco.

It was clear from the many errors he made, such as asking for a reliever while none of the bullpen pitchers were warming up, and delaying a game for several minutes while seeking for a pinch hitter.

On April 25, 1981, Wills made the worst error of his career when he instructed the Mariners ground crew to expand the batter’s box one foot farther toward the mound than was legally permitted.

Billy Martin, the manager of Oakland, observed and requested Bill Kunkel, the home plate umpire, to look into it.

When Kunkel questioned the chief groundskeeper, he learned that Wills had given the order. Wills said it was done to encourage his players to remain in the box.

Martin, though, believed it was done to give the Mariners a benefit against Oakland’s pitchers who specialise in breaking balls. Wills received a $500 fine in addition to a two-game suspension from the American League.

Years later, Wills acknowledged that before being appointed as a manager in the major leagues, he probably ought to have gained more experience in the lower levels.

Up until he became clean in 1989, Wills battled alcohol and drug addictions. He gave the renowned Dodger pitcher Don Newcombe, who conquered his own alcoholism, credit for assisting him. 2019. Newcombe passed away.

Wills remarked of Newcombe, “I’m standing here with the guy who saved my life. “He pursued me all over Los Angeles in an effort to assist me, and I simply couldn’t understand why he was doing that. He was a conduit for God’s love for me.

But he persisted and wouldn’t give up, and as a result, Don Newcombe is the reason my life is so good now.”

Maurice Morning Wills, who was born on October 2, 1932, in Washington, D.C., excelled in three sports at Cardozo Senior High. When he went by the moniker Sonny, he received All-City recognition as a baseball pitcher, basketball quarterback, and football quarterback.

He was a member of the school’s unbeaten 1948 football squad, which never conceded a point. In a 1950 game, Wills pitched a one-hitter while striking out 17 batters. He has a baseball diamond at the school named after him.

In Fargo, North Dakota, where he worked as a coach and teacher with the Fargo-Moorhead RedHawks from 1996 to 1997, Wills runs his own museum.