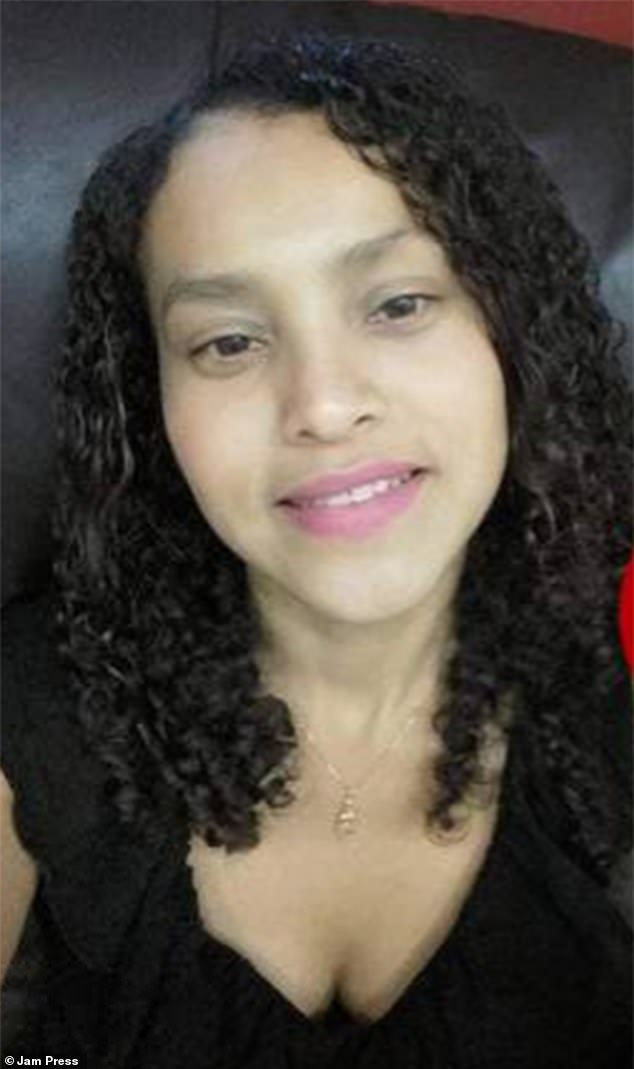 According to Peruvian authorities, a guy who was detained in the UK after finding his girlfriend’s corpse in a shallow grave in that nation claims he murdered her in self-defense.

Detectives from the Kent and Essex Serious Crime Directorate detained Jorge Alfredo Minaya Garay, 46, in connection with Monday’s shocking discovery at his grandmother’s home in the neighborhood of Carabayllo, a short drive north of Lima’s city.

Karla Xiomara Zelaya Godoy, 36, vanished at the end of September while on vacation with her lover in his own country.

After extracting the mother-of-corpse one’s from the blue plastic sheeting she had been wrapped in and learning the findings of a post-mortem, Peruvian police have established that the strangulation was intentional. The mother-of-one was living in London with her self-confessed murderer.

In an emotional phone contact with Karla’s brother Erick, who lives in the US, Minaya Garay apparently admitted to killing her and told authorities what he had done. He was then reportedly apprehended.

A Peruvian police commander revealed today that the murder suspect was claiming that his girlfriend died when he attempted to protect himself during a heated argument, despite post-mortem data showing that Karla was strangled.

He claims that after a heated disagreement, she threatened to attack him with a sharp object that he characterized as a knife, according to Glen Garcia Chavez, chief of the missing persons division of the Peruvian National Police.

He claims that by striking her in self-defense, she passed out and fell to the ground.

He said that detectives were looking into the possibility that Karla’s corpse had been transported to the location where she was discovered.

“It’s something that’s being looked into,” the head of the Peruvian police force told the local media. “We have to check what other areas they have visited and the potential transfer of the corpse.”

“Those facts need to be verified.” Just claiming that you committed the crime is insufficient.

It has to be supported by a variety of expert and testimonies evidence, according to the statement.

The likelihood that Minaya Garay did not act alone and had assistance in burying his girlfriend’s remains is also believed to be under investigation by Peruvian police.

While pleading with Minaya Garay over the phone, Erick Zelaya fights back tears as he says, “Tell me where to locate her corpse, please. Tell me where she is.”

‘I just phoned the police and I’ve told them I placed it on the property where my grandma lives,’ Karla’s boyfriend is heard saying in response.

Karla and Jorge traveled to a number of popular tourist destinations in Peru, such as Machu Picchu and Lima, and shared photos of their incredible journey on a WhatsApp group.

On September 22, while riding in a cab with her lover, she made her farewell call to her family.

The Honduran-Spanish national works at the HMRC truck park in Ebbsfleet for Pioneer Facilities Management.

After learning of her passing, the company’s CEO Mary-Hanne Pettit paid homage, saying: “Her heart was so full of love for her daughter and family.”

“Karla will be deeply missed, and her friends and coworkers are inconsolable in their sorrow.”

At this really sad moment, “Our hearts and prayers are with Karla’s family.”

Investigators from the Kent and Essex Serious Crime Directorate have detained a man in connection with the death of a lady in Peru, Kent Police said in a statement yesterday/on Saturday.

‘With the help of the Metropolitan Police Service, a man in his 40s has been taken into custody in Kent on suspicion of murder.

Officers are actively collaborating with Peruvian authorities on this inquiry, according to the statement.

Additionally, the police spokesperson urged anybody with “any information they feel may help” to get in touch with them.