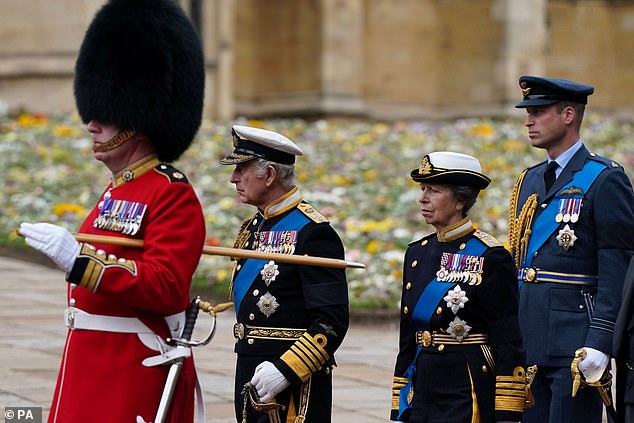 The format of the programme is similar to The Apprentice.

The competitors are divided into groups each week, required to choose a leader, and given running-the-country assignments.

It’s just as horrible as it seems. A maypole and a would-be prime minister are featured in the first episode. Say no more.

Alastair Campbell, a former spin doctor for Tony Blair, and Baroness Warsi, a former chairperson of the Conservative Party, question the competitors throughout.

I ask Jackie what she thought of these political heavyweights now that filming is over.

Her response demonstrates why she will never really become prime minister. She is much too sincere.

She describes Alastair Campbell as cheeky, impolite, and disrespectful.

I found her to be really condescending. Ouch!

She makes a little turn. But it needed to be reviewed again. During the shooting, as I got to know her more, I realised how wise and helpful she was. Although it wasn’t immediately apparent, there was warmth there.

Weaver doesn’t spare any captives, so maybe we shouldn’t be shocked.

It has been 19 months since she shot to fame when video of her attempting to bring calm to a tumultuous village council meeting in Cheshire went viral.

Despite their protests that she had “no power,” her solution—muting microphones and ejecting specific council members from the virtual room—was lauded as a brave reaction to bullying.

The males were being put in their place by a lady of a certain age who didn’t give a flying fig about their objections.

She received praise from Piers Morgan for being the greatest female symbol since Emmeline Pankhurst, and Andrew Lloyd Webber even composed a song in her honor—a distinction usually given to figures like Eva Peron and Jesus.

And very immediately, people started asking this mother of three and former Mothercare employee why she didn’t make the transition from parish councils to the national political stage.

She responded, apparently offended by the notion, “No fear.” At least not as a simple member of parliament. As she says, “I’ve stated I wouldn’t want to run for office as an MP because in order to do anything, you have to connect yourself with a party, and once you do that, you have to toe the party line.”

However, if someone offered to promote you to the top position, you’d be a fool to decline, wouldn’t you? If you had any vision, you would.

However, our democratic system does not permit someone to be “popped” into a position.

She alludes to the appointment of Liz Truss as PM with precision. She wonders, using one of her favourite phrases, “What was it all about?”.

“There was no vote for the people.” The choice was made in a private setting. You start to wonder what else is occurring behind closed doors.

A Zoom meeting with Jackie is done correctly and is undoubtedly enjoyable.

She is direct, humorous, and passionate—all qualities we believe we want in our leaders. She is open about her personal shortcomings as well, which is another factor indicating that she wouldn’t make a good politician in real life.

If she has any dictatorial tendencies, at least she is aware of it.

She says, “I don’t think of myself as a team player.”

I shouldn’t say that, but hey, anybody who knows me won’t be surprised by it.

returning to the actual politicians She makes a point of saying that she has problems with the “system,” not specific people, yet she nonetheless eliminates them one by one.

She describes Boris Johnson as a “clever individual who understood how to manipulate the audience.”

She wasn’t a fan of the adorably messy and charming Boris act. The “hair thing,” “shambolic thing,” and other incidents all served to disarm the populace.

She seemed to have watched Partygate with disgust.

More dissatisfaction, I believe. I know I sound like an old aunt, but what really bothered me was the general public’s attitude of “Oh well, what do you expect from politicians?”

Continuing with Prime Minister Truss I’m sorry. She indicates that she doesn’t know who Truss is or what she stands for when she asks, “Who?” Regarding the Cabinet, I’m sorry to say that my first impression was, “Who the hell are all these individuals in the Cabinet? I’ve never seen any of these before, and “Is this a competition for weirdness?”

I want to be clear that although I don’t know Liz Truss, my impression of her is that she has the ability to identify what partygoers want and convince them that she can provide it.

“My concern is that she is surrounded by others who share her views.” What is the difficulty there? Where is the one who will intervene when you begin to feel really special?

Jackie does feel some compassion for Truss’s harrowing early days in the position, but when she saw her do the reading at the Queen’s burial in Westminster Abbey, she did not instantly say, “Behold Leadership.”

I regret thinking that she seemed to be out of her element. She resembled the head girl of the upscale school in the neighbourhood.

The being said, I believe that location would have frightened practically anybody.

Let’s not dwell on the awful curtsey to the new King for too long. She trembles. I hope she never has to dance for us.

Do you feel any relief that Prime Minister Truss is in charge right now and leading us through these trying times? She ponders for a very long time.

I want to say yes, but I can’t. It’s comparable to attempting to construct a strong structure on an unsupported surface.

Mischievous rumours once circulated that Weaver would make a better deputy queen if such a position existed because she had a majestic quality about her that went beyond politics.

Maybe it’s inevitable that we talk about the Queen’s passing.

After all, she has been bemoaning the absence of a feeling of obligation, calling, and sacrifice in public life.

Although she wouldn’t admit it, she was a natural supporter of the monarchy. “But you can’t help but be persuaded, captivated, drawn in, whichever you want to describe it,” she said.

And by the lady who oversaw everything. Yes, you could tell that she had incredible potential.

She laments that the Queen’s last years were tainted by the family drama soap opera, all the “dirty laundry aired out in public.”

She’s also “totally addicted to the narrative of Catherine and Meghan” (there’s that honesty again).

So, does she support Kate or Meghan?

“Team Kate. Is she not the ideal daughter-in-law? A little bit of a minx is Meghan.

Anyone who slobbers over a guy, like she did in her first interview, is a bad woman. You feel a little bit played, I kid you not.

No, she replies solemnly. “That I am being completely played.”

How about Harry? “When Megxit occurred, I believed he had been misled. I now question if I was mistaken the whole time.

She gives me another of her “I’m not furious, just disappointed” expressions, which makes me think of the teacher who sends you home to reflect on what you did but wants you to return the next day and do better.

Would Jackie make us dislike her as prime minister? Eventually, most likely.

Did she really care? What the hell.

Start time for Make Me Prime Minister on Channel 4 is Tuesday at 9.15 p.m.

»King Charles modified the Queen’s procession so people could ‘see’ him.«