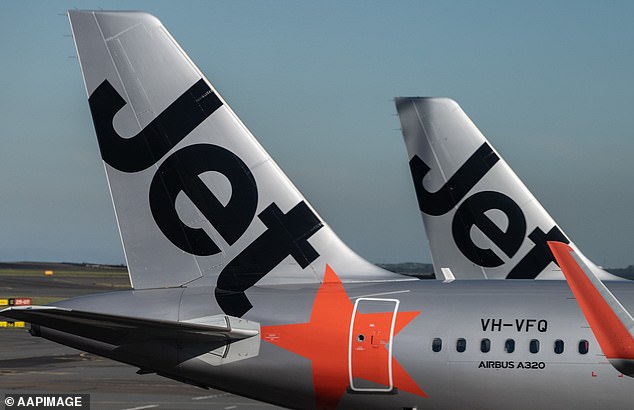 Numerous Australians are incensed with Jetstar for unexpectedly canceling their flights home and leaving them stuck in Hawaii with little to no compensation.

On Saturday, at least two Jetstar flights to Australia were canceled, leaving 600 passengers stranded in Honolulu, a pricy tourist destination.

Travelers who have been stranded have had to spend thousands of dollars on expensive meals and temporary housing while also figuring out alternate means to get home.

The airline provided about $300 per room for a hotel room and just $50 per day for food and other necessities to those who were stranded in Hawaii without a flight out.

Since hundreds of people were also left stranded in Bali owing to aircraft cancellations, September has been a chaotic month for Jetstar.

All impacted guests in Hawaii received other flights back to Australia, according to a Jetstar spokeswoman, either on Jetstar or another airline.

But not everyone’s experience is covered by this; some people experienced substantial financial loss as a result of their suffering.

A customer who was furious with the company claimed they were “forced to get a $3,000 Qantas flight.” I was given warnings not to trust Jetstar.

Another person questioned, “How was this allowed to happen? Six of us were given the final tickets on a three-day, outrageously priced Qantas journey back to Sydney.

The flight cancellations, according to Jetstar, were caused by a technical problem and a lightning strike.

A spokesperson told Daily Mail Australia that “one of our B787 aircraft experienced a lightning strike on its way into Cairns” and “another required a thrust reverser replacement part.”

‘With only one B787 out of operation, we have 300 more passengers to seat. By scheduling tickets on other airlines and providing additional services, we do this.

‘Unfortunately, there are very few seats available due to the school holidays,’ they said. ‘Our colleagues throughout the company are working through all alternatives to get passengers on their way as swiftly as possible.

The airline said that although it “never wants to cancel a flight” and “will always put safety first,” it will “do all we can to prevent it.”

In a statement, Jetstar acknowledged that delays are “very aggravating” and expressed genuine regret for the effect they are having on customers’ travel plans, particularly during school breaks.

In the meanwhile, the spokesman said, “We help people who are away from home with support for lodging, food, and acceptable expenditures. We also give refund or credit vouchers for anyone who would prefer not to go.”

According to Jetstar, its team is collaborating with travelers to make accommodations for their unique demands and situations.

However, a lot of travelers have vented their frustration with the airline on social media.

One customer Tweeted, “Waiting at 5am at Waikiki (resort) for cab to airport for 10am flight home, get a text stating flight cancelled for technical reasons.”

Only a few weeks have passed since Jetstar left hundreds of Australian travelers stuck in Bali, causing the most recent travel turmoil.

Following several cancellations, some passengers were forced to wait five days before being rebooked on another Jetstar trip.

Some reported being stuck for as long as a week, raising worries about how the delays would influence their ability to find work.

We were caught up in it last night; the following Friday, six days after our planned trip, is the next direct flight to Sydney that is available.

Another person said, “Thanks Jetstar, my 12.45 flight on the way back from Bali has been postponed twice and if I don’t arrive to Melbourne tonight, I’ll lose my job.”

»Jetstar abandoned numerous Australians in Hawaii with little to no recompense«