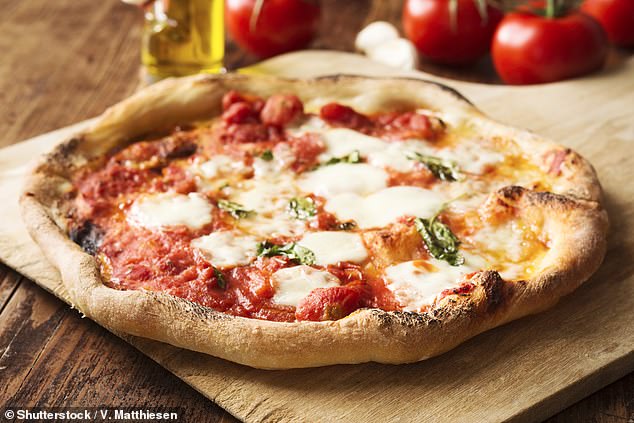 Italians were incensed when one of their favorite pizzerias, which created the Margherita pizza in 1889, was told to close as of yesterday due to violations of health and safety regulations.

The Antica Pizzeria Brandi in Naples, Italy, has long been a favorite of travelers to the city and has played home to a number of notable people over the years.

However, due to a series of hygienic and sanitary violations, the Nas and ASL (Azienda Sanitaria Locale) requested the eatery, the oldest pizza in the world, to shut.

The eatery had not yet complied with suggestions made during an inspection two months before.

The Antica Pizzeria Brandi started working right away to comply with the advice of the health authorities.

Pagnani and others with whom he collaborates claim that the health authority’s conclusions will concern “minor” problems.

These include failing to follow a statute requiring the collection of glass in bins, breaking tiles, and allowing water to enter a room.

A press statement from Eduardo Pagnani’s attorney states that the owner wants to reopen as soon as feasible. He could be happy to see clients again the next weekend.

Through a multilingual social media message, customers were informed of the closure.

According to Antica Pizzeria Brandi, the eatery will be closed until at least Friday due to “exceptional” maintenance.

People expressed their support for the owner and the workers after being stunned by the statement.

Tourists and other eateries in Naples have taken notice of the shutdown.

Naples is still crowded with visitors as a result of the October heat.

“The measure affects not only Brandi, but also the history of Margherita and an entire system that revolves around pizza and has recovered from three years of suffering, first for the pandemic and then for the expensive bill,” said Antonio Pace, president of the True Neapolitan Pizza Association, to Ansa.

Although I am unsure of the validity of the stated defaults, this sounds like a harsh approach. We could have been more accommodating and given a little more time to comply, in my opinion.

Mr. Pace is worried that the collapse of Antica Pizzeria Brandi will have an impact on the whole sector and its reputation since it will be reported on globally.

A sign outside Antica Pizza Brandi, which first served customers in 1760, notes that the margherita was created there in 1889.

The meal was developed at the time by the restaurant’s chef, Raffaele Esposito, in honor of Margherita of Savoy, the reigning Italian monarch.

The toppings, which stand for the Italian flag’s red, white, and green colors, were chosen to symbolize the recipe’s support for Italian unity (green).

The pizza was made using a combination of toppings that were already popular in Naples.

Francesco De Bourcard listed the toppings that were used the most often in 1866.