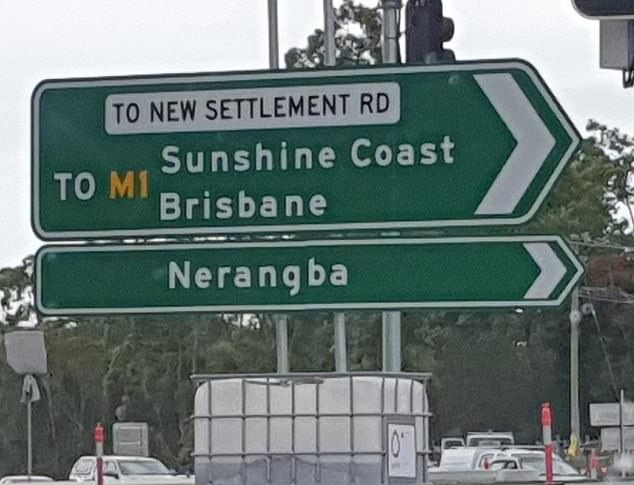 A misspelled road sign has attracted the attention of passing motorists, who have shared images of the gaffe on social media.

Near Warwick in southeast Queensland, the sign was just installed on the approach to the intersection of the Cunningham and New England motorways.

It offers road users with the distance to several towns in New South Wales’s southern region.

However, the new sign misspells the remote town Goondiwindi by omitting the initial ‘n’.

A Department of Transport and Main Roads representative stated that the organization was examining the incident.

They informed Daily Mail Australia, “We regret the blunder and are investigating how it occurred.”

The sign is being replaced as quickly as feasible.

On social media, Australians were quick to call out the error.

“Given the price we pay for these items, you’d think there would be ANY quality control. Evidently not,’ wrote one.

This is the outcome of inadequate education. A person who cannot read or spell effectively has been elevated above his/her/its capabilities.

“Clearly, this person cannot spell, so how did they get hired?”

One joked, “Should have visited Specsavers.”

It is not the first time this year that Australian town names have been misspelled on road signage.

In the Moreton Bay region, a road sign misspelled the suburb Narangba.

The sign, which directed drivers to the M1 exit, misspelled Narangba as Nerangba.

The sign was placed close to New Settlement Road.

A sign with the right spelling has since been installed in its place.

Earlier this year, a misspelled road sign was spotted in the Moreton Bay region. The town of Narangba was misspelled as “Nerangba.”