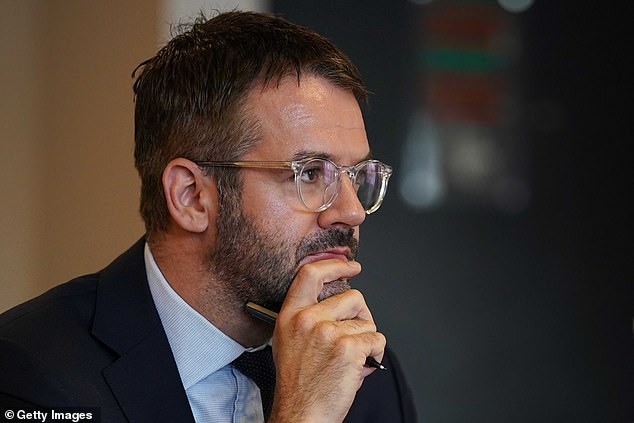 Due to the company being deemed “unviable,” Doncaster Sheffield Airport’s management has indicated that it would have to shut at the end of the next month, putting 800 jobs at danger.

The owner of the main UK airport, Peel Group, said that the company had a “basic lack of financial sustainability” due to high “fixed expenses” and recent global events.

Managers at the regional terminal, which serves 54 destinations and 1.4 million passengers annually, have been in contact with government representatives to discuss a rescue strategy.

However, a representative for the organizations said that they hadn’t produced “any real outcomes,” and after a strategic assessment, the company was deemed “unviable.”

The airport will be closing at the end of October this year, therefore managers will be “winding down” its activities.

Despite the fact that Liz Truss said at her first prime minister’s questions that regional airports, including Doncaster Sheffield, “are a crucial component of our economic development,” she pledged to safeguard the airport as part of the levelling-up campaign.

The new prime minister pledged to the House of Commons that she would see to it that Anne-Marie Trevelyan, the country’s new transport secretary, was “immediately on to this issue” in order to safeguard the airport as well as the crucial infrastructure and connectivity that support the expansion of our economy.

Talking about the choice Peel Airports Group Chairman Robert Hough stated: “We understand that this may come as a huge disappointment to many.”

The basic and inadequate absence of present or future income sources, together with the high operational expenses of the airport, continue to be the insurmountable issues.

“Our staff have always been DSA’s most valuable resource, and we are thankful to each and every one of them, past and present, for their commitment and perseverance throughout the years.

“The first objective going forward is to stay in constant contact with them throughout the next weeks.”

DSA will now launch a formal process of consulting with team members as a result.

A representative for Peel Group said that the company has been “actively interacting” with various government representatives over the future of the international terminal on a “weekly basis.”

They claimed that the officials from Doncaster Council, South Yorkshire Mayoral Combined Authority (SYMCA), and the Department for Transport were principally in charge of these discussions.

Additionally, they disclosed on Friday that they had received a proposal to provide the company public funding to cover losses through to October 31, 2023.

However, the board eventually came to the conclusion that, given its “unviable, loss-making operational company,” it could not “responsibly accept” the investment.

In addition, Robert Hough said, “We will make every effort to lessen the effects of these ideas and work together with local organizations and authorities to help our staff through what we know will be a very trying time.

“DSA has maintained communication with union representatives on site throughout, and we are dedicated to ensuring that they are informed through every step of this next phase,” the company said.

Oliver Coppard, the mayor of South Yorkshire, said this morning that the council was still working to show that the airport had a “sustainable future.”

We’re doing all we can to rescue the airport in our area, he said.

We’ve taken the initiative, combed the market for possible investors, and brought them to the table to show that DSA has a bright future.

However, it is now obvious that an agreement to locate a new owner or operator for DSA cannot be completed in a matter of weeks.

That is why we have offered to provide financial assistance for DSA during the previous several days.

In addition to safeguarding more than 800 jobs and providing stability to customers, operators, and our community at Doncaster Sheffield Airport, this is about allowing possible investors a reasonable length of time to put their plans together.

The declaration made by Peel today, according to Mr. Coppard, “devastates me, and I’m furious about the effect it will have on our communities.”

The DSA had state funding for years, even throughout the epidemic, according to the Labour mayor, and an offer to maintain that assistance was turned down.

“Their decision to reject our offer simply confirms what many of us suspected: Peel was never serious about finding a substitute and securing the future of DSA,” he said.

“It’s still not too late for them to do the right thing; for them to change their mind for the benefit of those employees, companies, and communities directly impacted by this appalling decision.”

The next step, according to Mr. Coppard, would be to request intervention from the government to keep the airport open.

Peel claimed to have received a letter from the mayor’s office earlier this month stating that a group had shown interest in purchasing the airport, but the company had not been provided with any other information.

“We would not accept any public sector subsidy to pay the expenses of an airport that is not feasible owing to its lack of substantial future revenues and excessive running costs,” stated Steven Underwood, chief executive of the Peel Group.

The development of Peel’s £1.7 billion GatewayEast site next to the DSA, according to Mr. Underwood, will be the primary focus.

If we can work together with our regional stakeholders and the community in South Yorkshire, we have the potential to draw cutting-edge, future-tech businesses to South Yorkshire.

After being transformed by Peel from the former RAF Finningley airbase, the airport opened its doors in 2005.

The owners claimed that DSA never reached the necessary passenger volume to turn a profit during the summer.

Tui was the only base carrier left after Wizz Air stopped using the airport.

»Doncaster Sheffield Airport may shut next month due to “unviability,” endangering 800 jobs«