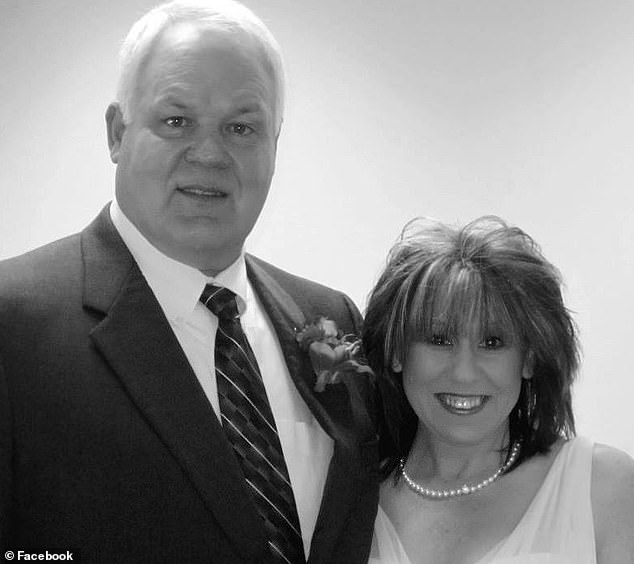 The night before she vanished, neighbours of a Georgia mother who was discovered nude and clinging to a tree said they heard a ‘commotion’ at her home.

On September 11, Debbie Collier, 59, was discovered dead in a tiny, narrow valley with a steep edge at Tallulah Falls, Georgia. Her abdomen had burn scars, and the rest of her body was scorched.

Later, a neighbour who lives next door described how they overheard “screaming and fighting” at the house of the family on September 10 in the evening.

The neighbour indicated that there had been a ruckus at the residence. They told the New York Post that’someone comes up to visit on the weekends [and] in the nights, and there’s loud yelling and fighting,’ adding that it was a younger lady.

The neighbour continued by describing how they often heard shouts coming from the house located in the woods.

Collier gave her daughter Amanda Bearden $2,385 through Venmo in the hours before she passed away, along with an ominous last note.

There was a key to the home in the blue flower pot beside the door and it said, “They are not going to let me leave, love you.”

Her 67-year-old husband Steven talked to police on September 10 shortly after 6 p.m. after reporting a missing individual, which further added to the mystery.

He said that although though he hadn’t seen Debbie since 9 o’clock the previous evening, on September 9, her vehicle was still in the driveway when he went for work the next morning.

The pair, who had been married since 2013, reportedly slept in separate beds because Steve was known to snore, according to an Athens-Clarke County missing persons report.

He explained that he and Deborrah sleep in different bedrooms because of his snoring, according to the article, which DailyMail.com was able to view.

The next morning, Steven departed the Georgian city of Athens early for work.

Although he did not remember seeing his wife, he claimed to have seen her rental SUV still parked in the driveway and so believed she was still inside dozing off.

Although they have ruled Debbie’s death a murder, the police have not provided any other information, including the identities of any suspects.

The family is likewise keeping quiet.

There’s a reason we are staying silent, one of the Colliers’ “friends” reportedly told The Post.

One person said, “I don’t understand what’s taking so long,” referring to the Georgia Bureau of Investigation. They move slowly around here.

The whole family was characterised by other neighbours as a recluse.

They never took part in the cookouts we would have on this street when we got together. They didn’t attend any social gatherings.

The neighbour said, “As far as I can tell, they’ve been here for a fair little time.”

Due to a recent accident involving her automobile, Debbie used Enterprise to rent a black Chrysler Pacifica.

Her daughter claims that she was unable to go much at the time of her abduction due to a damaged back.

What happened early on September 10 is unknown, but alarms did not go off until later that day when Debbie’s daughter got the cash amount and an odd, out-of-character text.

According to records, Debbie’s absence shocked her daughter and husband since she had “never done anything like this before” and because there were no other family members in the vicinity that she may have been seeing.

Authorities started pinging the rental car to see if they could find it using its SiriusXM satellite radio as they desperately searched for the mother.

The rental SUV was located the next day at 12:30 p.m. on GA 15 Northbound at Victory House Lane in Clarkesville, which is 60 miles north of her home in Athens.

Police observed that the leased black Chrysler Pacifica was absolutely empty when they found it, with no signs of Debbie’s clothes or clues as to where it had been going.

Additionally, there was no way to tell whether she was travelling alone or with another person in the automobile.

K-9s and police officers approached the forested area off the road, where they quickly discovered the remnants of a fire. A red bag and a blue burnt tarp were discovered nearby in the undergrowth.

They peered down the steep hillside, beyond the flames, where he could see Debbie’s burnt, nude body.

According to the police report, she was lying on her back and holding a tiny tree in her right hand.

At the scene, Bearden, who was described as “hysterical,” was heard yelling that the automobile that had been stopped on the highway belonged to her mother.

She denied ever having suicidal thoughts and informed the police who arrived at the scene that her mother had no history of mental health problems.

Debbie, who wed her husband Steve in 2013, spent a long time managing the front desk at Carriage House Realty in Athens.

Investigation into the murder is still underway.