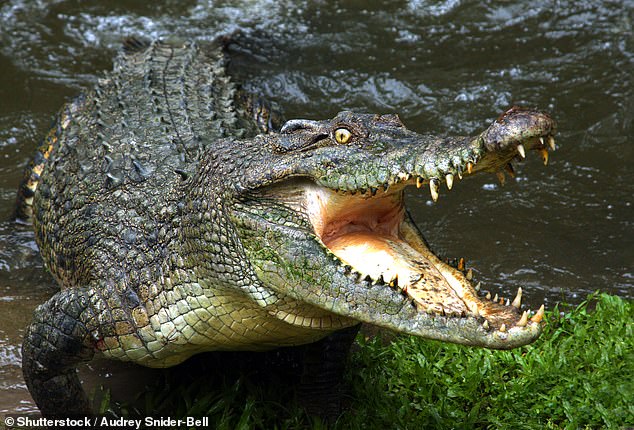 A crocodile bit a man on the head in Western Australia, and he was taken directly to the hospital.

The vicious assault happened on Monday afternoon at the Horizontal Falls, a well-known tourist attraction in the Kimberley region of the state’s northwest.

According to a caller to Radio 6PR, another man managed to scare the lizard off by stabbing it in the head.

For medical attention, the person was transferred to a Broome hospital. It is understood that he didn’t need intensive care.

A caller to 6PR who said the reptile had “leapt out” of the water and grabbed one of the men by the head first broke the news of the incident.

He added that when the crocodile lunged at the two men, they were in a tinnie, crabbing close to the falls.

According to the caller, the victim’s companion swiftly reached for a knife and stabbed the crocodile in the head as it bit the man.

He said there were no significant wounds to the victim.

The males were near Cyclone Creek when they were attacked by a two- to three-meter crocodile, a representative for the Department of Biodiversity, Conservation, and Attractions told Daily Mail Australia.

A 2-3 meter estuarine crocodile and two park visitors had an encounter on Monday at Cyclone Creek in Talbot Bay’s Lalang-Gaddam Marine Park, which was reported to the department of biodiversity, conservation, and attractions.

A Parks and Wildlife Service ranger was going to Talbot Bay, according to the spokeswoman, to “patrol the area.”

“An operational decision may be taken to remove the animal,” they said, “if a crocodile matching the description of the one involved in yesterday’s incident is identified and continues to constitute a danger to public safety.”