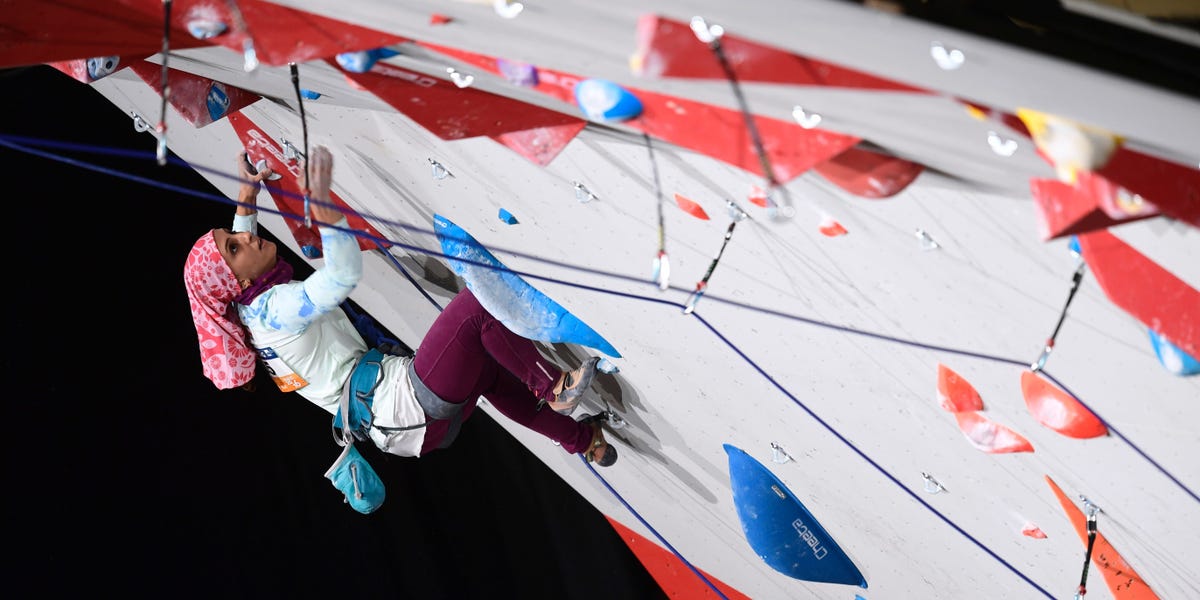 According to several sources, Iranian rock climber Elnaz Rekabi returned to Tehran two days earlier than expected from an international competition in South Korea, raising worries for her safety.

Rekabi gained notoriety on Sunday when she participated in a finals competition at the Asian Championships of the International Federation of Sport Climbing without wearing the traditional headscarf.

Female Iranian athletes competing abroad are required to wear the hijab, thus Rekabi’s decision to forego the head covering was widely seen as a historic act of support for the women-led demonstrations roiling Iran.

It was anticipated that Rekabi’s decision made during her Sunday ascent would have serious consequences after she returned to Iran. The athlete vanished many hours after communication with her pals was severed, according to a Monday night BBC Persian report. According to the publication, her passport and phone were also seized.

Later thereafter, BBC presenter Rana Rahimpour tweeted that Rekabi had boarded a flight to Iran two days ahead of schedule.

Rekabi will be immediately taken to Evin Prison once she reaches in Tehran, according to a report by the Iranian citizen journalism website IranWire, which cited an anonymous source. After being assured by a sports official that she would be given safe passage to Iran, Rekabi was called to the Iranian embassy in Seoul, the source informed the site.

According to the insider, who spoke to IranWire, “Elnaz made her choice to appear without a hijab approximately a month ago and understood that she was going to participate without the necessary headscarf.”

She always takes such brave choices, they said, according to the site, “she did not seek refuge either since her husband is in Iran, and she wanted to return after the tournament.”

Insider’s request for response was not immediately answered by the Iranian embassy in Seoul.

Rekabi’s brother, Daud Rekabi, was detained by the Iranian Revolutionary Guard Corps on Monday morning, Iran time, according to a Persian-language report from IranWire. Insider was unable to confirm this report’s veracity.

According to two IranWire sources, Mohammad Khosravivafa, the head of Iran’s Olympic Committee, ordered the Rekabi twins to be intercepted. According to the site, Khosravivafa obtained his directives from the Iranian Revolutionary Guard Corps.

A request for response from Insider was not immediately answered by the Iranian Olympic Committee.

Rekabi objected to wearing the headscarf during weeks of demonstrations for women’s rights in Iran. After the death of 22-year-old Mahsa Amini, who passed away while in the morality police’s custody in Iran, the campaign had a resurgence in September.

She had been detained on the grounds that she had disobeyed Iran’s rigorous regulations on headscarf wear.

Officials believe that Amini died of a sudden heart attack, but according to witnesses and her family, she was abused before being put into a vehicle.

Women have defied the demonstrations that have followed by marching through urban areas without their headscarves. Women’s rights have remained at the heart of the movement, despite the fact that these protests have expanded to include criticism of Iran’s economic situation.

Since then, the protests have been violently suppressed by the Iranian government, with security forces using tear gas and mass arrests.