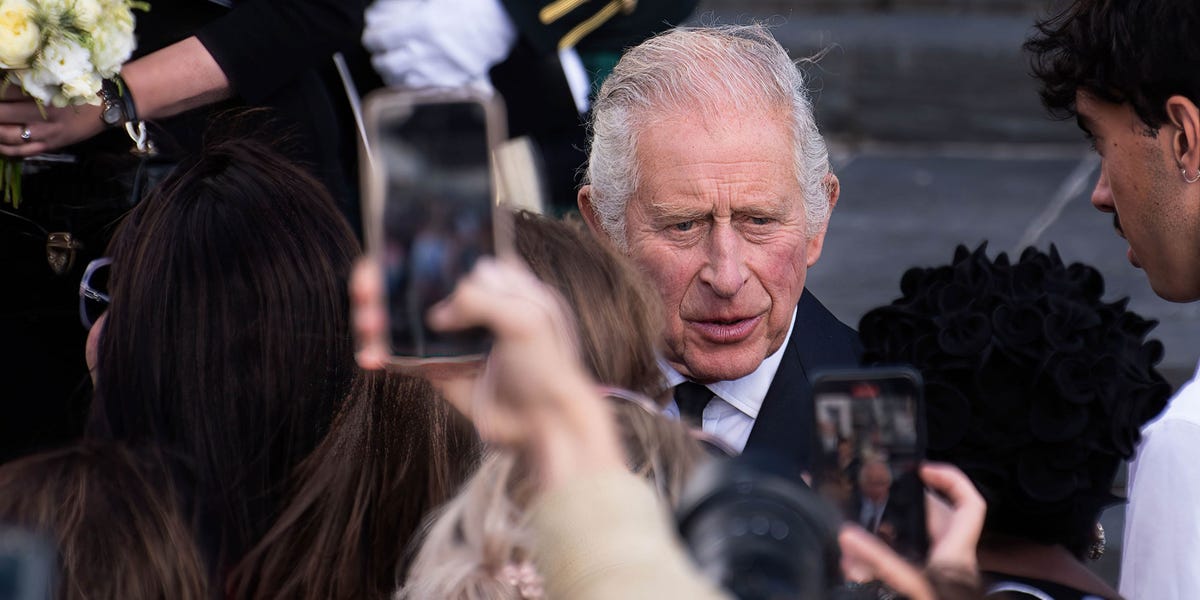 When King Charles III and Queen Consort Camilla arrived in Cardiff, Wales, in their limousine on Friday, there were loud booing.

In a video from ITV Wales, the royal couple arrived at Cardiff Castle to attend a reception sponsored by the Welsh government amid loud jeers and shouts from the crowd.

Some anti-monarchist demonstrators carried banners reading, “Not my King, not my Prince,” among the jubilant masses waving flags.

A guy later said, “Charles, as we struggle to heat our houses, we have to pay for your procession,” as King Charles III personally met people in Cardiff.

“Why does the public spend £100 million on you?” Before saying “nid fy Mrenin,” which is Welsh for “not my King,” the guy continues.

The King disregarded the man’s remarks and left.

The British royal family has received an enormous amount of sympathy in the days after Queen Elizabeth II passed away, but some monarchy critics have also raised their voices.

Many protestors have been detained, including Symon Hill, 45, who told Insider that he was detained for yelling “Who elected him?” and “A head of state is being imposed without our agreement” during a proclamation ceremony for King Charles III in Oxford.

“I doubt it’s about me, The right to criticise those in positions of wealth and power in our nation is at stake, as is the freedom of speech, according to Hill, a Christian novelist and activist who identifies as being on the left.

“I have attended demonstrations in the past. I am aware of the likelihood of being arrested. I might have understood if I had been interfering with the ceremony or obstructing traffic, but I only called out a few phrases,” Hill said.

»Charles III and Camilla were booed Friday in Cardiff, Wales«