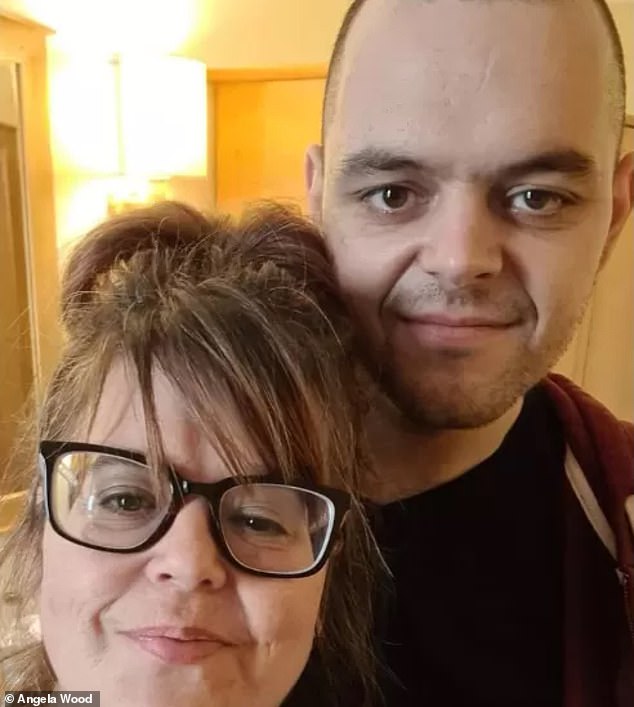 The mother of a British POW who was recently rescued said that Putin’s thugs would send her footage of her son being tortured, but she boldly ordered them to “f*** off.”

The monsters who kept British fighter Aiden Aslin, 28, captive in Mariupol for five months had regular contact with Angela Wood, 51, throughout that time.

When they shamelessly gave her pictures and videos of her kid in pain, she was not deterred by their demands and threats and instructed them to depart.

The horrible videos showed Aslin chained on the floor, surrounded by yelling Russians, in a pitiful prison in Donetsk, Ukraine, which is controlled by the Russians.

Mum-of-three Russians exerted pressure on Angela through social media to persuade Boris Johnson to get the release of 58-year-old Ukrainian tycoon Viktor Medvedchuk, who was long considered to be Putin’s henchman in Ukraine.

She told The Sun, “They attempted to turn the screw to drive us to breaking point because they knew how sensitive the families were and how nervous we were.”

They sought to take advantage of the fact that we were hurting since they were aware of it.

It was quite difficult to cope with, but we didn’t participate in their games. As a mother, you’ll go above and beyond to protect your kids from danger.

“I don’t want you to see your kid bound and chained,” I said. In the background, I could hear Russians making demands.

But I wouldn’t be intimidated, so I retaliated. Every time, I told them to f**k off.

After being freed by Russia in a complex prisoner exchange involving hundreds of people, Aslin was reunited with his family on Thursday.

Along with four other Britons, John Harding, 59, Dylan Healy, 22, Andrew Hill, 35, and Shaun Pinner, 48, he had been given the death sentence in June by a court in the so-called Donetsk People’s Republic.

When the Russians besieged the coastal city of Mariupol in April and seized Aslin and his family, they used identical tactics.

Aslin published a video on Wednesday stating that the two had been taken to Saudi Arabia aboard a Saudi diplomatic plane and were “out of the danger zone.”

In order to get through her five-month trauma, Angela complimented the assistance she got from the parents of Aslin’s fellow prisoners of war, the Foreign Office, MPs, and the Ukrainian ambassador.

She said that they gave her the fortitude to fend off Putin’s thugs and withstand their pressure as a group.

In a touching reunion, Aslin spent his first day of freedom back on British soil in Newark, Nottinghamshire, with his family.

Roman Abramovich, a 55-year-old Russian businessman who travelled to Saudi Arabia with the British nationals and even handed them iPhones so they could phone their families, arranged for their release.

According to accounts, the five captives made an emotional return to the UK and dined with the Russian tycoon on steak, canapés, and tiramisu.

The billionaire, who is presently trying to mediate the conflict in Ukraine but has already been sanctioned by the UK and most other western countries due to his ties to the Kremlin, received an emotional note of appreciation from Angela.

I want to thank you very much, Angela said. I’ll always be appreciative.

She admitted to the BBC that she didn’t learn of her son’s release until the morning of the event from the Foreign Office.

I thought this day would never come, said a delighted Angela.

“His release took place over night, and I’m still in disbelief.”

I had to give him a hearty embrace to make sure it was genuine as soon as possible. Even today, it still doesn’t seem real.

However, on Tuesday, the day before his release, there were social media rumours that Aslin had received the death penalty from the Russians.

She said, “The treatment he received while held captive was cruel and in violation of the Geneva accords.”

Aiden is well, but he needs some time to get used to it. I’m delighted there won’t be any more of it since he was being used for propaganda, she remarked.

Even though we knew the propaganda was false, seeing it was horrifying.

Aslin has also been reunited with Diana Okovyta, his Ukrainian fiancée, with whom he will now begin to establish a life.

According to accounts of Abramovich’s involvement in the prisoner release, the Russian billionaire made an effort to make the former prisoners feel at home and they joked with him that Mr. Pinner is a West Ham supporter who spoke to him about football.

The detainees had spent the two days before travelling, first being taken from eastern Ukraine to an unidentified location in Russia while they were cuffed and blindfolded. After receiving medical care and being welcomed by British consulate personnel in Saudi Arabia, they were subsequently taken back to the United Kingdom, where their happy families were waiting for them on a British Airways aircraft.