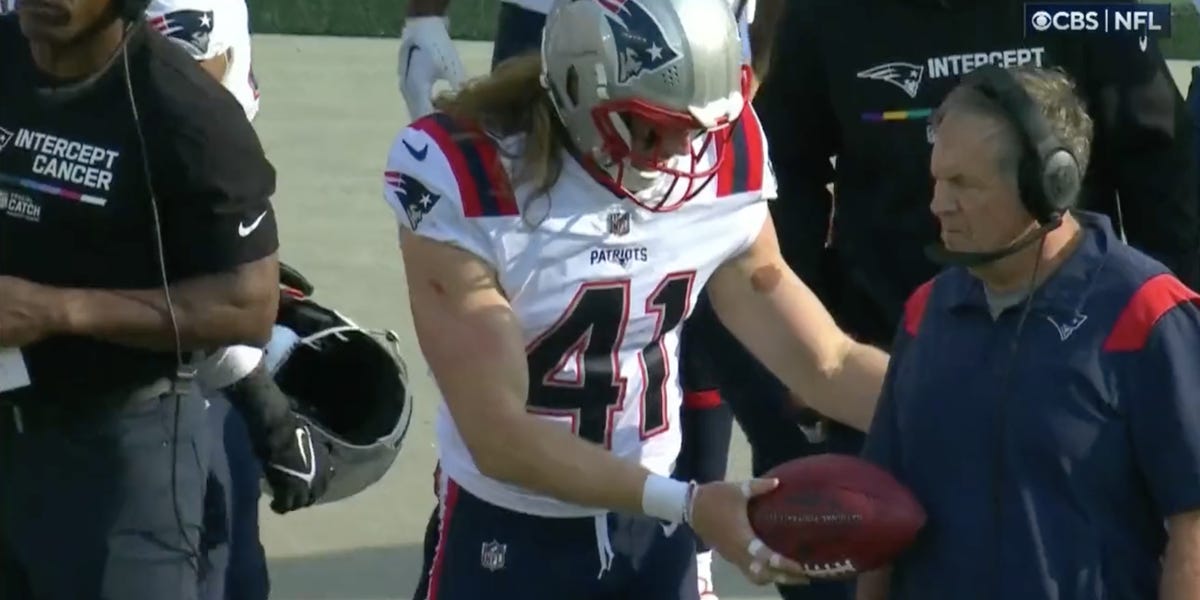 The Patriots were forced to punt with little over four minutes remaining and a score of 24-15 in favor of New England. Schooler found the lost ball after the Browns missed the kick, giving New England control once again.

On the very next play, the Patriots would score a touchdown, increasing their advantage to 16 points.

Schooler tried to hand the ball to Belichick after recovering his fumble.

Given the magnitude of Belichick’s victory—324 victories puts him in a tie with George Halas for second-most in NFL history—not it’s difficult to think that Schooler believed his gesture may be well-received.

Belichick had someone else take the ball away since he seemed to be very perplexed by the offer.

Bill Belichick is a lot of things, but he is not very sentimental, especially when there are still plays to call, referees to shout at, and seconds remaining on the game clock.

The impact of being tied for second on a list perhaps doesn’t strike as hard when you have six Super Bowl rings.

After the game, Schooler provided reporters with an explanation of himself, telling NESN.com between chuckles: “I just wanted to… For him to return to Cleveland for the game was undoubtedly significant. Simply a kind gesture, then: “Here’s the game ball.” However, I believe I should have waited till after since I was a bit too eager.”

Fans on Twitter chastised Schooler for his gesture while also empathizing with him.

The term “rookie error” is used for a purpose, and it’s likely that Schooler won’t make another mistake of this kind.