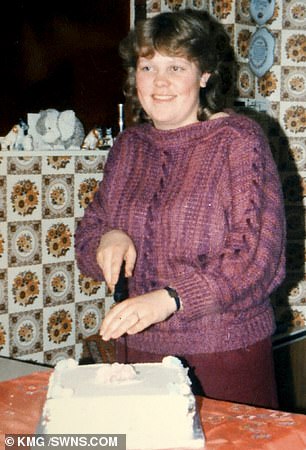 The skeletal remains of pregnant Debbie Griggs, who was slain by her husband more than two decades ago, have been unearthed in a backyard.

Debbie Griggs, 34, was four months pregnant when she unexpectedly vanished in the middle of the night on May 5, 1999, from her home in Deal, Kent.

Andrew, her husband, was convicted of her murder. Kent Police reported that Mrs. Griggs’ remains were discovered in the grounds of a home in St. Leonards, Dorset.

Andrew, her 57-year-old husband, attempted to attribute the auxiliary nurse’s departure to postpartum depression, despite the fact that she was not suffering from the ailment at the time.

In truth, the domineering businessman was having an affair with a 15-year-old girl and expressing to his friends that he wished his wife had died.

Her body has never been discovered, Griggs has never revealed where it is, and authorities have never discovered any forensic evidence proving he murdered her or that she is dead.

A judge stated that he suspected Griggs, a fisherman, of dumping her body in the English Channel.

On Monday, more than two decades after her disappearance, a jury at Canterbury Crown Court determined that Griggs murdered his wife and disposed of her corpse so that he could pursue his affair and prevent his wife from gaining half of his business in the event of a divorce.

Mr. Justice Robin Spencer, sentencing Griggs, stated, “Her body has never been discovered; only you know how you murdered her and where you disposed of her body.”

You lied repeatedly in court, just as you did at the time of Debbie’s disappearance.