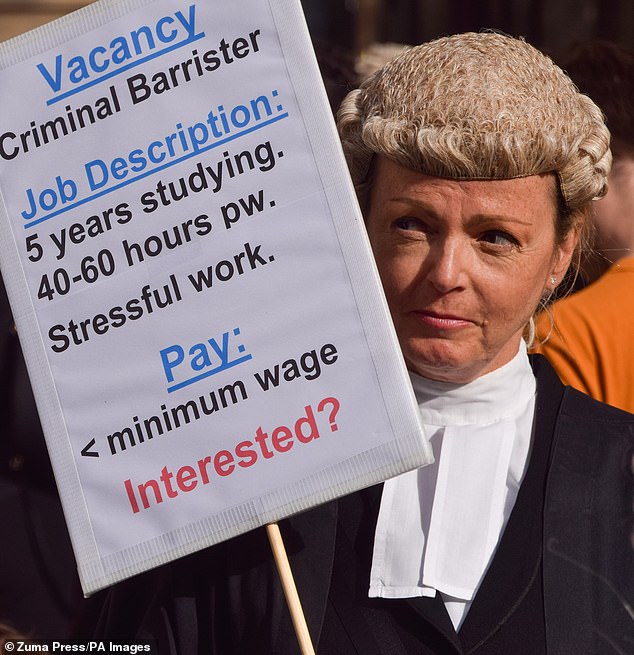 This morning, after votes were taken on whether to prolong the walkouts, the barristers’ strike action came to an end.

The Criminal Bar Association’s ballot was available starting on Tuesday evening and ended yesterday at midnight.

This morning at 8:30, the results of the voting were disclosed, putting an end to weeks of commotion.

Following discussions with Justice Secretary Brandon Lewis, who chose to propose more adjustments to Government-set fees for legal aid advocacy work, the body had agreed to poll members once again, according to the Ministry of Justice (MoJ).

According to the government, the offer “represents additional investment of £54 million in the criminal bar and lawyers.”

Following an escalation in their dispute with the government over fees and conditions, criminal barristers in England and Wales have been participating in a continuous walkout.

Prior to it, they would go on strike every other week and refuse to do certain tasks.

Barristers were upset that a proposed 15% fee increase that was to take effect at the end of September and increase their annual income by £7,000 would only apply to new cases, not the backlog of cases that were already pending before the courts.

The MoJ has now clarified that the price hike will cover the “vast majority of cases presently in the crown court” and would also result in a compensation increase for attorneys. Additional measures are expected to be revealed in the following weeks.

Despite the fact that the government previously claimed to have “repeatedly stated” to the CBA that backdating pay would need a “fundamental shift” in how fees are paid, it is nevertheless the case that barristers would now have to wait longer for payment.

Although authorities are certain there is a solution, they worry that it may be challenging and costly. It is thought that the adjustment involves modifications to the digital system used by the Legal Aid Agency to process payments.

The salary offer came after High Court justices determined that if the disagreement lasts through the end of November, suspects may not be kept in jail on remand due to delays to criminal prosecutions caused by the current strike.

The Ministry of Justice will set aside £3 million for case preparation, including written work and specialized planning.

An additional £4 million will go to defense attorneys who take part in pre-recorded cross-examinations, which are meant to lessen the stress of a trial for delicate witnesses and victims.

From the 2024–2025 fiscal year, the Ministry of Justice is also recommending an increase in fees in the juvenile court of £5 million per year, which is anticipated to benefit both lawyers and certain young barristers.