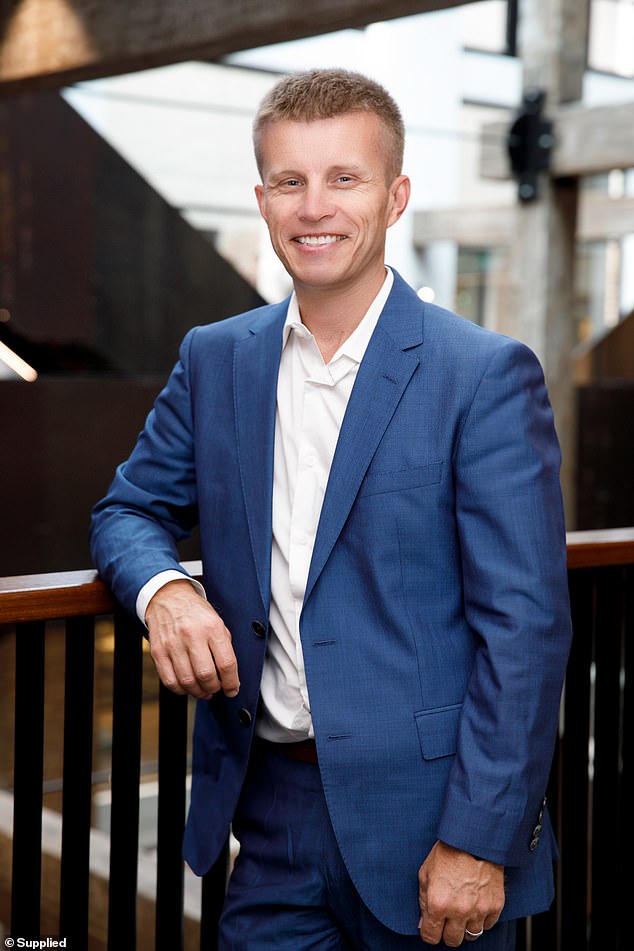 Australians who purchased real estate last year at the peak of the boom are most at danger of suffering a significant loss if they are forced to sell in a declining market due to increasing interest rates and the skyrocketing cost of living.

The increase in home prices last year was the fastest since 1989, but the record-low 0.1 percent cash interest rate is expected to stop by the end of next year, causing a more than 20 percent decline in home values in Sydney and Melbourne.

The buyers’ brokerage Aus Property Professionals’ founder and director, Lloyd Edge, said that borrowers caught up in the purchasing frenzy of last year were most at risk.

He told Daily Mail Australia that while the market is booming, “many purchasers have FOMO (fear of missing out) and make an emotional choice that causes them to purchase a house for a price over its genuine market worth.”

“When this occurs, you’re more likely to be borrowing to the extent of your ability and carrying a heavier mortgage than you had initially planned.”

In a scenario known as negative equity, where they owe more than their property is worth, those who are forced to sell because they can’t pay their mortgage end up.

In addition, Mr. Edge said, “if your financial situation changes and you need to sell your house, you wouldn’t be able to recuperate all of your money since you would probably sell for less than you paid for it.”

Australian house prices increased by 29% last year, the biggest yearly growth since 1989, during the period of the record-low 0.1% Reserve Bank cash rate.

However, a spike in inflation early this year caused by rising costs for gasoline, produce, and other goods led to the RBA’s first cash rate increase since 2010 in May.

Prior to that, Sydney and Melbourne home prices were already falling as a result of banks no longer providing ultra-cheap two percent fixed rate loans.

Since May, borrowers have seen six consecutive increases in interest rates, which is the largest increase since 1994.

According to CoreLogic statistics, Sydney’s median home price fell 7% in the three months leading up to September but remains unaffordable at $1,283,502.

Accordingly, a working couple with a 20% down payment would have a $1 million mortgage and would need to earn $171,000 together before taxes to stay out of debt.

A debt-to-income ratio of six or above is deemed risky by the financial regulator, the Australian Prudential Regulation Authority.

A borrower is said to be under mortgage stress if they are unable to pay their other expenses.

According to Aus Property Professionals, mortgage stress is when a borrower pays 30% or more of their after-tax income on a mortgage.

1,500 Australians between the ages of 18 and 55 were polled, and it was discovered that 46% of respondents were concerned that further interest rate increases would make their mortgages more stressful.

When the RBA cash rate was still at a record-low of 0.1% in late 2020 and early 2021, National Australia Bank Chief Economist Alan Oster predicted that borrowers who took out two-year fixed loans would have to make significant repayments by 2023.

He said on the ABC’s Q&A show, “There are many folks who took up such fixed loans and they roll over in the middle of next year.”

So even though the economy will take a blow, we don’t believe a recession will set in—just as long as you don’t raise rates excessively.

Since November, banks have now been obliged to determine whether a borrower can handle a three percentage point rise in variable mortgage rates.

Due to this, lenders’ capacity to provide credit has been limited.

According to RateCity analysis, a working couple with two kids earning a combined pre-tax income of $150,000 in April, when the cash rate was still at a record-low of 0.1 percent, could borrow $995,800.

While Westpac predicts a 3.6 percent rate by March and ANZ predicts that level will be achieved in May, the Commonwealth Bank anticipates a peak cash rate of 2.85 percent.

If the higher projection comes true, RateCity estimated that the working couple’s borrowing capacity will fall by $267,700 from April to $728,100.

Rising rates, according to RateCity Research Director Sally Tindall, were to blame for the abrupt drops in real estate values.

Rising loan rates, according to her, have placed Australia’s housing market into reverse.

More rate increases are anticipated by NAB to result in significant decreases in home prices, particularly in Sydney and Melbourne.

In Sydney, where borrowers are especially susceptible to interest rate increases, NAB predicts a $289,945 median price drop over a two-year period of 22.3%.

According to the Reserve Bank of Australia’s Financial Stability Review, which was published on Friday, a “small” proportion of borrowers who fall 90 days or more behind on their mortgage payments will default.

According to the report, “a significant decrease in home values that leaves families with negative equity, combined with further shocks to disposable income, would enhance the likelihood that some borrowers may default on their loan obligations.”

The chance of being in arrears, when debtors are more than 30 days behind, is another.

The RBA said that as a result, house loan arrears rates “are projected to grow from low levels in the time ahead.”

More than double the Reserve Bank of Australia’s aim of 2 to 3 percent, inflation increased by 6.8% in the year to August.

The RBA anticipates that in 2022, headline inflation will reach a new 32-year high of 7.75 percent.