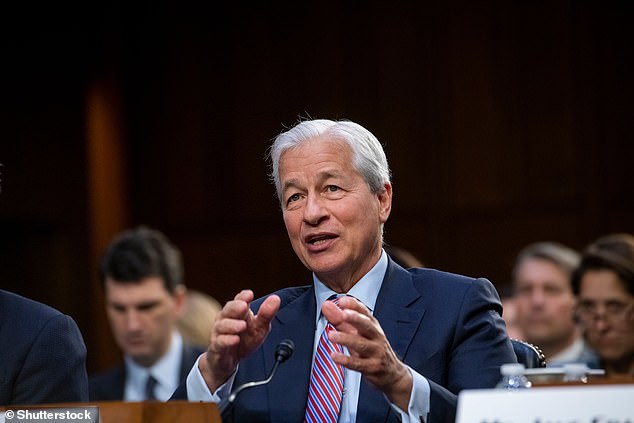 JPMorgan Chase & Co surpassed earnings estimates on Friday, as an increase in interest income from higher rates helped to offset a decline in merger and acquisition activity and provisions for bad loans.

The big US banks kicked off the third-quarter earnings season with their reports on Friday morning, providing a view into the tumultuous economy as increasing inflation and interest rates fuel concern.

Typically, rising rates are beneficial for banks because they can charge more interest to borrowers. However, a potential economic downturn resulting from increased borrowing costs poses threats to their future revenues.

Jamie Dimon, chief executive officer of JPMorgan, also underlined these dangers on Friday, stating that “there are a lot of uncertainty” in the economy, days after he warned that a U.S. recession was inevitable within the next six to nine months.

However, Dimon stressed in Friday’s investor call that American consumers continued to spend and that businesses were robust.

As near-term headwinds, he cited persistently high inflation contributing to rising global interest rates, the unknown effects of quantitative tightening, the conflict in Ukraine, and the precarious status of oil supplies and prices.

‘While we are hoping for the best, we constantly remain cautious and are prepared for bad outcomes.’

Due to higher rates, JPMorgan’s net interest income, excluding markets, increased by 51 percent during the quarter. The bank also boosted its estimate for the year by around $3.5 billion to $61.5 billion.

However, the bank’s overall earnings decreased by 17 percent to $9.74 billion as it set aside $808 million in reserves to cover future loan default losses, which tend to increase in a weak economy.

By comparison, in the same quarter last year, the bank had released $2.1 billion of reserves.

Meanwhile, Citigroup’s net income of $3.5 billion for the third quarter on Friday exceeded expectations. Its revenue increased by 6% to $18.5 billion.

On a media teleconference, CFO Mark Mason stated, “I don’t believe there will be a financial crisis… of a magnitude comparable to what we’ve witnessed.”

Constant scenario testing ensures that we’re ready to handle any given setting.

Net interest revenue, or the margin that banks can charge between the cost of borrowing funds and lending them out, increased 18 percent year-over-year to $12.6 billion.

The markets division, which includes the fixed income and equity trading departments, also experienced a 24 percent decline in quarterly revenue.

In other news, Morgan Stanley’s stock fell 4.6% in afternoon trade as the company disclosed that its investment banking revenue fell by more than half to $1.3 billion, with declines across the advisory, equities, and fixed income businesses.

The outlook for deals has steadily deteriorated this year as the U.S. Federal Reserve boosted interest rates to manage inflation, clouding the forecast for economic growth, while last year’s record highs attracted comparisons that are difficult to beat.