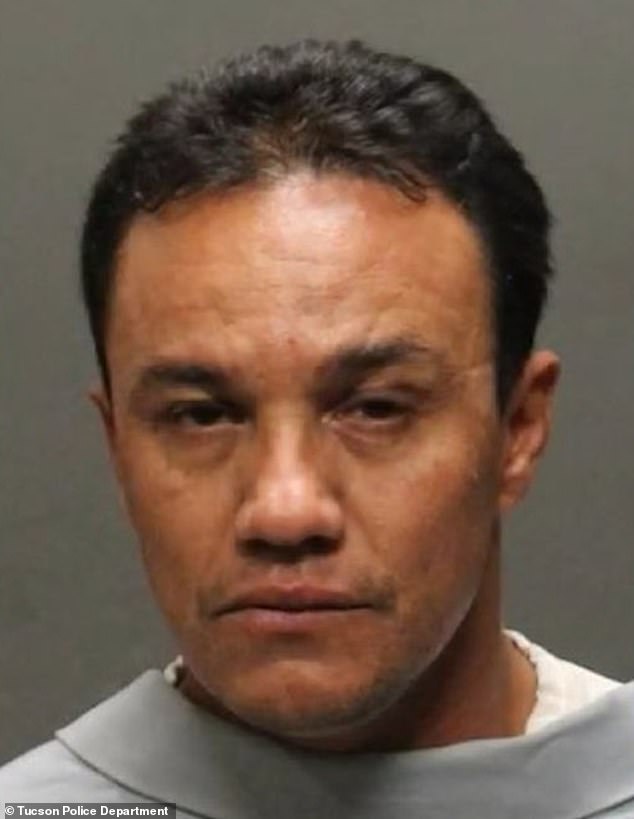 Police in Arizona shot and killed a man after he pointed a pistol at a police dog’s head.

The Tucson Police Department released shocking bodycam footage that captured the moment when officers located Francisco Javier Galarza, who was sought in connection with a bank robbery and home invasion.

Galarza, 49, was told to get down on the ground by police when they saw him leaving a Circle K convenience store.

Galaza defied their commands and was eventually tackled by Kiro, a police dog, who grabbed Galaza by the legs.

In a split second, Galaza pulled a revolver from his pocket, focused on the K-9’s head, and then turned the weapon at other officers.

Each officer turned and pointed their guns at the guy, killing him with five rounds.

Police shouting, “Police!,” could be heard. Galarza shouted “Get down!” multiple times as he eluded capture.

After that, Kiro was freed by 15-year veteran officer Barry Peterson, who had just tackled Galarza to the ground.

Several cops’ body cameras see Galarza grabbing for his gun and pointing it at the dog.

Before the fatal rounds are fired, Galaraza receives a warning that a gun is going to be discharged.

Several authorities are now examining the video to decide if the use of lethal force was necessary.

According to News13, Galarza has a significant criminal background.

Galaraza received a three-year jail term in 1992. He was found guilty of narcotics possession two years later and given a four-year sentence.