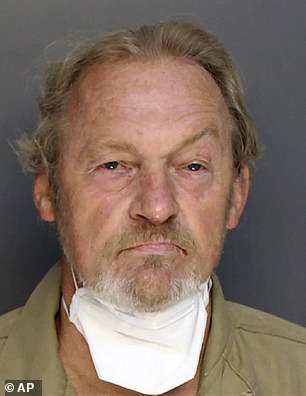 South Carolina’s top lawyer Alex Murdaugh has claimed that his cousin and the hitman he hired to kill him were responsible for the deaths of his wife and child.

Murdaugh is being held on a number of counts, including two murders. He allegedly shot both his son Paul, 22, and his wife Maggie, 22, to death in June 2021, according to police.

Due to his chronic painkiller addiction and rising legal and financial difficulties, Murdaugh had started stealing from his own law office in an effort to make ends meet.

He claims that his distant cousin Curtis Eddie Smith is to blame for their killings and that he was not the murderer.

Attorneys for Murdaugh claim that police disregarded a lie detector test that Smith took during which he was questioned about the killings.

Smith claimed to have been in his own house with friends the night of the murders and that he had been “nowhere near” the Murdaugh family residence.

However, they claim that the test showed he was lying when he made those statements.

Smith is the same person who, according to authorities, Murdaugh hired to shoot him in the back of the head weeks after the deaths of Paul and Maggie.

Smith offered a different idea during the polygraph test: that Maggie was having an affair with a groundskeeper and that he shot her and Paul in a fit of rage when Paul discovered them together.

He did not provide any names or an explanation as to why he believed it to be possible.

His lawyer assured The State that he is innocent of killing Paul and Maggie and that he had a “ironclad” alibi to substantiate this claim.

Eddie Smith is still a victim of Alex Murdaugh’s actions.

If you look at this case since the killings, Alex Murdaugh has been trying to imply that Eddie Smith is somehow connected.

“This is a follow-up to that,”

Gloria Satterfield, a housekeeper who passed away in 2018 after a fall at the family’s home, was accused of wrongdoing in how Murdaugh handled the case.

After filing a wrongful death case, her sons accused Murdaugh of stealing the money he gave them through an insurance company.

They said he urged them to sue him so they might recover some money, but he ended up taking millions of dollars.

The killings of Maggie and Paul in June of last year shattered the family’s ostensibly idyllic lives.

Due of the deaths’ prominence, a prior controversy involving the death of a 19-year-old woman aboard a Paul Murdaugh-operated boat received fresh attention.

Paul was intoxicated when he assumed control of the ship. Search crews needed days to discover Mallory Beach’s corpse after she was tossed from the boat.

Alex served in positions of local administration and was a successful local attorney.

The family was a cornerstone of the neighborhood, and both his father and grandfather served as prosecutors in the area.

Alex’s opiate painkiller addiction and his growing debt were made public not long after they passed away.

For the benefit of his surviving son, Buster, he attempted to have himself assassinated by Smith in what the authorities said was a botched life insurance fraud operation.