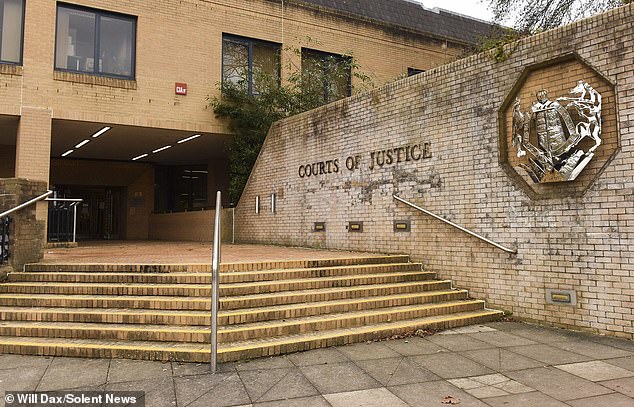 A college student who was accused of coercing a man she met online into having sex with her has made an appearance in court.

Imogen Brooke, who the court was told was “a lot bigger and stronger” than her accused victim, allegedly climbed on top of him and wouldn’t budge.

The 30-year-old, who was allegedly “very inebriated,” allegedly began “riding” the man whose protests were “going in one ear and out the other.”

The “violated” man, who cannot be identified for legal reasons, was left laying in bed in shock after she left him. After 15 minutes, Southampton Crown Court was informed.

One accusation against Miss Brooke is that she forced someone to have a sexual encounter without their consent.

This is distinct from a charge of rape, which is defined by law as when someone intentionally inserts a penis into another person’s vagina, anus, or mouth without that person’s consent.

It was explained to the jury that it is a “misconception” that victims of sexual crimes are always female.

“Imogen Brooke caused [the complainant] to engage in the sexual activity… and he did not consent, and she did not reasonably believe him to be consenting,” prosecutor Robert Bryan told the court.

In the public eye, a sexual offender is typically a man, and the victim is typically a woman. That is a false impression. Misconceptions are simply incorrectly held beliefs.

This court may substitute a different term in due course, namely stereotype, which refers to a widely held, but rigid and oversimplified, image or idea of a specific type of person or thing.

“Is that woman wearing the short skirt fair game in terms of sexual matters? Is it only considered a rape if the victim has numerous bruises?

Does a male having an erection in the morning occur as a result of sexual arousal?

“Stereotypes have no business in a court of law. Trial in this case must be based on criminal evidence, not prejudice.

“Physical arousal is very distinct from consent.” They could travel on separate tracks or travel together.

“Just because you feel aroused doesn’t imply you want it,” the saying goes.

The two had met through an online dating service, according to the testimony given in court, and Miss Brooke was “a lot bigger and stronger” than her alleged victim.

The alleged assault allegedly took place at her Southampton, Hants, home, the jury was informed.

After a few beers, Mr. Bryan said, “they went upstairs to the bed, where he wanted to sleep. His arm was being pulled by Miss Brooke, who was dragging him onto his back because she wanted to have sex.

You may be saying no, but your d*** is saying yes, she added as she drew him in. She piled up on top of him and removed his boxer briefs.

He said that he couldn’t move her since she was stronger and bigger than him, according to the police investigators. He wished for it to end.

He believed a simple “no” would be sufficient. When it finally came to an end, she simply rolled over and fell asleep.

He acknowledged having an erection throughout the police interview but said he didn’t want one.

She was riding him by leaning on his shoulders while she was on top of him. Instead of ending with his ejaculation, she gave up when he lost his erection.

Miss Brooke disputed the accusation, according to Mr. Bryan, because she is “conscious of her weight” and would never take that stance.

She also has no recollection of the episode.

He is adamant that not only did she engage in sexual activity without his consent, but also that she was in control, thus while consent appears in the accusation, it might just be a false herring.

That would not, could not, and did not occur in Miss Brooke’s instance.

“With sexual positioning at the forefront of your minds, why would he make an allegation that he knows would be implausible as the one position he knew that they would not use?” he asked. “If he has made all this up.”

Before the jury heard the complainant’s police interview, Mr. Bryan portrayed him as “unsophisticated” and “naive” in sexual matters.

She is considerably stronger and bigger than I am, and I was helpless to stop her.

She is much heavier than me, so I am unable to move her when she is on top. She is roughly twice as heavy as I am, so I am immobile.

I was ready for it to end. I simply gave up because she wouldn’t heed my advice. I said what I had to say, but it only reached one ear.

“I felt abused.” It happened and I couldn’t believe it. She had no recollection of what had transpired the next day.

She observed that I was aloof from her but was unsure of why. She made me feel bad for allowing things to go down that path. As if I had been punched in the face.

One accusation against Miss Brooke is that she forced someone to have a sexual encounter without their consent.