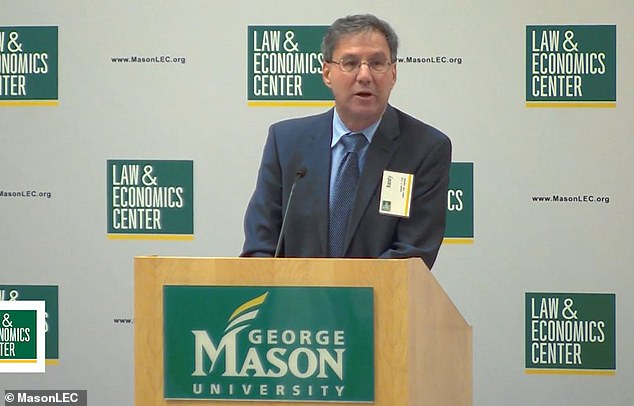 According to a recent study, several of the Federal Trade Commission’s senior employees have investments in some of the largest businesses that the organization oversees.

A Wall Street Journal study of financial filings on Thursday revealed that from 2016 to 2021, one-third of 90 top FTC officials owned or traded stock in businesses that were the subject of FTC merger reviews or investigations.

Additionally, even as the industry came under intense regulatory scrutiny for possible antitrust issues, a fifth of the senior officials had investments in major internet firms like Amazon, Alphabet, and Meta.

According to the article, Joseph Simons, a former FTC chairman, held shares of Microsoft, Oracle, and AT&T even while the agency looked into the IT and telecom industries.

The FTC and the officials included in the study said that all of their stock transactions complied with legal requirements and federal employee ethics guidelines, and that they have not been accused of breaking any laws.

The agency, which is in charge of defending American consumers against monopolies, economic cartels, and dubious corporate practices, faced questions in the study regarding possible conflicts of interest.

Even while the officials’ stock transactions are legal and in conformity with the law, even the perception of a conflict “hurts the image of the agency and the government in general,” according to Kent Cooper, a former government official and specialist on ethical concerns, who spoke to the Journal.

Regarding the issues the revelations present, he said, “Are these choices being taken for the interest of the public or the authorities who have a personal advantage in the outcome?”

Based on financial disclosure forms from 12,000 top career workers, political staff, and presidential appointments at 50 agencies, the newspaper’s study.

It was discovered that FTC employees were, on average, more active stock traders than any other major organization examined.

DailyMail.com’s request for response from the FTC’s representative was not immediately answered, but the organization assured the Journal that it has a “strong ethics policy” and abides by the guidelines established by Congress and the Office of Government Ethics.

More than 1,300 transactions were declared by Simons, the FTC chairman from 2018 to January 2021, although only a small number of them involved individual corporations as opposed to funds.

During his term as chair, Simons sold his holdings in AT&T, Oracle, and Charter Communications, but he kept his interest in Microsoft, which had a 140% value gain.

The examination found that Randolph Tritell, the former director of the FTC’s Office of International Affairs, recorded the most stock transactions of any FTC officer.

He has disclosed more than thirty transactions in Facebook, Amazon, Microsoft, and Oracle shares since 2016.

As the European Commission looked into whether the corporation had broken antitrust laws, Tritell in one instance experienced an 80 percent increase in his Amazon shares over a nine-month period thanks to well-timed moves.

Tritell said that he seldom ever participates in his financial advisor’s stock trading.

After being appointed as the FTC’s Bureau of Competition’s interim director in February 2017, Abbott Lipsky subsequently disclosed that he owned roughly 90 individual stocks, some of which were held in a family trust.

Disclosures revealed that in May 2017, Lipsky disclosed increasing his existing stake in JPMorgan Chase by purchasing between $1,001 and $15,000 worth of the business.

Individual stock trading is permitted under federal ethics laws, and according to FTC officials, all of their transactions adhered to the regulations.

Federal laws do not consider an investment of up to $15,000 in a single company, or $50,000 in a mutual fund or ETF focused on a particular sector, to be a conflict of interest.

The disclosure comes as ethics experts are once again raising concerns about stock trading by members of Congress and members of their close families.

Speaker Nancy Pelosi’s husband, Paul Pelosi, made some financial dealings in July that attracted notice when he sold shares of chipmaker Nvidia just days before the House was set to approve a major stimulus plan to support the US semiconductor sector.

Congressmen’s stock trading has been subject to Democratic legislation, although some Republicans and even some Democrats have complained that the law does not go far enough to avoid conflicts of interest.

A blueprint for stock trading legislation was presented last month by Democrats on the House Administration Committee, but it is unlikely to be put to a vote before the midterm elections the following month.

»25% of FTC employees invest in tech corporations they monitor«