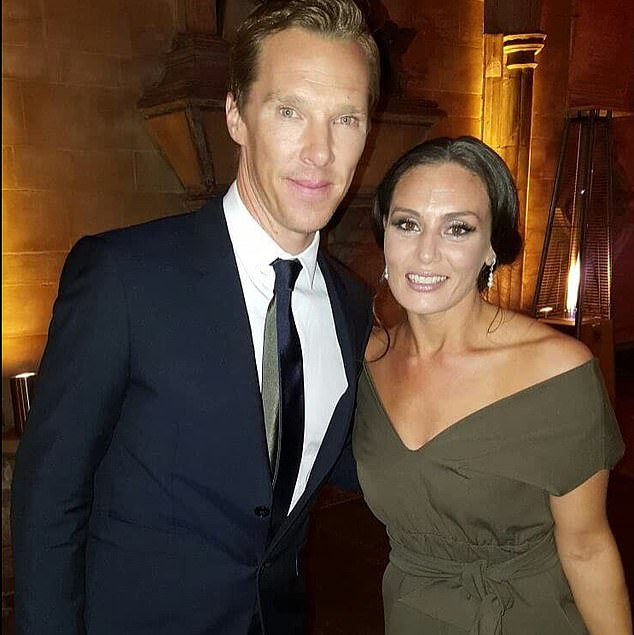 A former Marvel actress who sexually molested a 13-year-old girl is now a prison cleaner.

Zara Phythian, who played with Benedict Cumberbatch in the 2016 Doctor Strange film, has enrolled in an industrial cleaning course in the hopes that it will help her find employment after her term expires.

Earlier this year, the actress Phythian was sentenced to eight years in prison for sexually abusing a juvenile girl with her husband Victor Marke.

The adolescent was between 13 and 15 years old at the time of the abuse.

Phythian is serving her sentence at Derbyshire’s Foston Hall Prison.

Former inmates of the institution include Maxine Carr, branded “the most despised woman in Britain” for covering up for killer Ian Huntley, and Karen Matthews, a mother who fabricated her daughter’s kidnapping.

Andy, Phythian’s father, visits his daughter twice per month and told The Mirror, ‘She’s adjusting pretty well.’ They have enrolled her in a course on industrial cleaning.

‘The certification would cost you £5,000 if you did it on the outside. A select handful are picked to assist highlight their positive behavior.

‘Hopefully, she’ll find it handy when she leaves.’

Marke, the 59-year-old husband of Phythian, was sentenced to 14 years in prison for abusing the same victim and for indecently assaulting a second girl.

The pair from Nottinghamshire was found responsible for 14 counts of sexual activity.

The court heard that martial arts and Taekwondo’master’ Marke forced the minor to commit a sexual act on her partner after intoxicating her with rum.

Beginning in 2005, he and Phythian abused the girl ‘once or twice every month’ in their house for the next three years.

During Marke’s sentencing, the judge stated that Phythian’s “deviance” was influenced by Marke’s early effect on her.

The abuse began after Phythian handed the woman alcohol and asked if she wanted to “play dare” with her husband, the court heard.

Marke, 59, had approximately twenty sexual encounters with the adolescent on several occasions.

However, the father of the actress is sure that her spouse groomed her.

He continued, “Zara accepts her circumstance and is merely attempting to do the right thing while serving her sentence.”

She has a job at a gym where she teaches yoga and self-defense lessons and also exercises.

She must explain that she is a prisoner to new inmates who believe she works for the institution.

I believe that it is the manner in which she speaks that makes her appear knowledgeable.

Mr. Phythian stated that his daughter hopes to earn a degree in sports science from the prison before the end of the month.

He added that when the actress first joined the institution, she was placed in isolation ‘for her own safety’, but that this has since ceased.

The victim, who cannot be identified, described the couple as “Jekyll and Hyde” personalities earlier this year and claimed that Marke threatened her while ordering her to videotape the abuse.

In May, after Phythian was sentenced, her family screamed “we love you Zara,” to which she responded, “I’m innocent, I love you all.”

Marke’s uncontrollable sobbing could be heard as he entered the courtroom to learn his fate.

At the time of sentencing, Judge Mark Watson remarked, ‘It has been reported that both of you are accomplished individuals with a lengthy record of accomplishments.

“You, Victor Marke, were respected by your students. You, Zara Marke, were also held in high regard by those you instructed.

The majority of people have regarded you in great regard. This is why you were able to manipulate the victims in this case for so long and get away with it.

You groomed her, and your ages were significantly different.

You both exposed her to sexual acts. You demonstrated how you liked it, and she described it as “very advanced, filthy, and nasty.”

‘At the time, she was vulnerable because she was young and had not yet reached puberty.

Much of the sexual conduct was captured on video.

“Victor Marke, you are the driving force behind the abuse,” I say. The sexual act that did occur would conclude when your desires were met.

You were also the more senior member and held a higher position in the realm of martial arts.

“Both you and Zara Marke were entrenched in that discipline, and everyone was well aware of your position at the top of the pecking order.

“Each of you bears some degree of responsibility. Your offenses involved a variety of sex activities, and more crucially, you committed them as a group.

“I must deal with you both for a three-year course of criminal conduct. I do consider your exemplary character, however it may be of limited use.

“Neither of you will have the opportunity to visit the other, which will cause some distress.”

The judge stated to Phythian, “The penalty in your case will be shorter.”

“There was one victim, and you were younger at the time, therefore I do not consider you to be the driving force behind this.”

You were hopelessly in love with Victor Marke. I have no doubt that he influenced your deviant behavior.

You were the center of his attention. Your romance began while you were both young.

“None of this justifies what you did, even if you did it to satisfy Victor Marke’s desires; you still chose to play your part.”

When the abuse began, the adolescent frequently stayed with the couple at their residence, the jury heard.

She informed authorities that Zara, also a martial arts master, gave her rum before asking if she wanted to play “dares.”

The actress then performed a sex act on her husband before requesting that the victim do the same.

The woman alleged that he then “took turns” having sex with them both.

She informed police that the abuse continued until she was 18 years old, including Victor’s request that she record him and Zara.

According to the girl, he also filmed the abuse in an attempt to recreate the pornography the pair viewed.

The victim told the jury during the trial, “I knew it was wrong, but I did not know how to get out of the situation or what to say.”

I performed whatever they requested of me. They made it appear as though I was a mischievous child whom they were assisting.

I felt as though there was no way out. They told me to be silent.

The court was informed that Victor used his trusted position to “satisfy his sexual needs” with his wife.

After her involvement in the Marvel blockbuster Doctor Strange, she was hailed as a’major figure’ who was ‘enjoying unprecedented personal and professional success.’

During the trial, prosecutor Ahmed Hossain QC stated, “Both of these defendants commanded affection and respect in the martial arts community.”

When these two distinct complainants were minors, Victor Marke used his position of trust and power to make them feel special so he could satisfy his sexual desires.

When questioned by authorities, Zara, whose stage name is Phythian, allegedly called the claims “bulls**t.”

She stated that the claims were false. She has lied to me throughout our entire relationship.

“Neither a pedophile nor a rapist am I. Neither is Vic.

In police interviews, the actress disclosed that her husband claimed he had ‘consensual’ sex with the youngster only after she became 18 years old.

Phythian stated that she felt “confused” and “wished she had known about it.”

During questioning, she also admitted to having a “collection” of sex aids, after the victim stated she had been victimized with them.

Nicole Hepburn, from the Public Prosecution Service, stated after the court, ‘This was an abhorrent case of abusing a position of trust and respect for sexual enjoyment.

“Victor Marke mercilessly exploited the youth and vulnerability of these ladies, as well as his esteemed standing as a coach.”

He made them feel unique and listened to their concerns before abusing them. Zara Marke likewise abused her position to commit child abuse.

Both defendants have rejected responsibility for their activities, instead blaming and accusing the victims of lying.

“Thanks to their clear and credible testimony in court, the Markes have been exposed as the actual liars.”

‘It does take guts to confront your abusers and testify in this manner, and I would like to convey my admiration and appreciation to the survivors for everything they have done to ensure the Markes are held accountable for their illegal conduct.

This abuse may have occurred several years ago, but it does not make it any less terrible or a barrier to justice.

Knowing that the CPS will treat your case seriously, I would encourage anyone who has experienced abuse in the past to come forward.

After the case, Detective Inspector Parminder Dhillon of Nottinghamshire Police stated, ‘Today’s events signal the conclusion of a lengthy and difficult legal procedure for the victims and their families.

Although these sentences cannot restore the significant harm done to the young women at the center of this case, I do hope they provide some measure of solace.

Together, the Markes exploited and abused a girl for their own sexual pleasure.

“By doing so, they committed some of the most heinous crimes that can be perpetrated against children, and they have been justly sentenced to lengthy prison terms.”

I hope that this case serves as a timely reminder to all sexual assault victims.

If you come forward and tell us what happened, we will conduct an investigation and determine the truth.