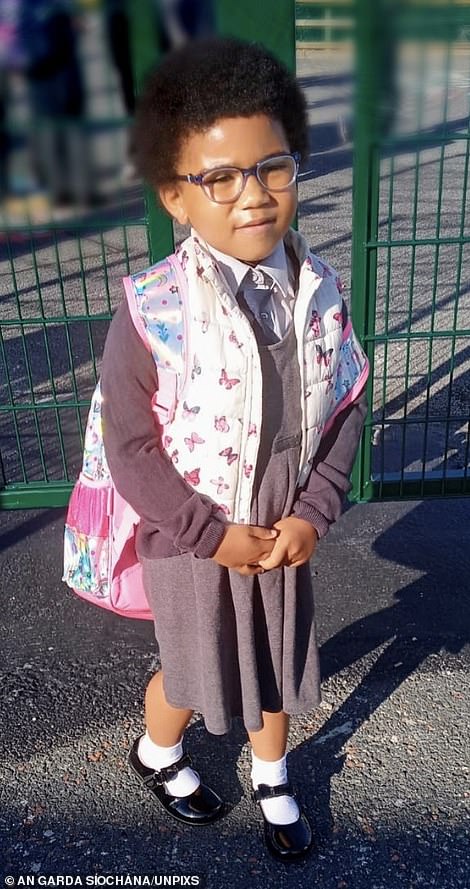 In the Co. Donegal community, the final funeral for victims of the Creeslough service station explosion is taking place.

The burial service for the youngest of the 10 victims of the explosion, five-year-old Shauna Flanagan Garwe, and her father, Robert Garwe, is being held at St Michael’s Church. President Michael D. Higgins is among the mourners.

Residents of the village in rural County Donegal again lined the main street for the sixth burial ceremony held at St. Michael’s for victims of the tragedy in the past five days.

Hugh Kelly’s funeral on Friday revealed that he had brought Mr. Garwe and Shauna to the gas station store to get a birthday cake for the child’s mother.

Mr. Garwe, fifty years old and originally from Zimbabwe, worked in construction and was frequently spotted riding his motorbike about the village.

The funerals of fashion student Jessica Gallagher, 24, and Celtic fan Martin McGill, 49, were held in Creeslough on Tuesday, while Catherine O’Donnell, 39, and her 13-year-old son James Monaghan were honored with a funeral Mass on Wednesday afternoon.

James O’Flaherty, a native of Sydney, was laid to rest on Wednesday in Derrybeg.

The funeral of shop worker and mother-of-four Martina Martin, 49, was conducted in Creeslough on Thursday morning, followed by a service for 14-year-old Leona Harper at St Mary’s Church in Ramelton.

The community, according to the parish priest Father John Joe Duffy, is still in shock. “There is still a veil of stillness, grief, and mourning obvious to those who enter the homes in an attempt to bring solace,” he said.

He advised everyone touched by the tragedy to utilize the various counseling services, adding that he himself will do so.

‘We need help, we need the continued embrace of this country and beyond, and prayers, as well as the professional services that are being made so readily accessible to us,’ he said, thanking all those involved.

Since Wednesday, Mr. Higgins has been attending the funerals of the victims and speaking with their relatives.

The Irish police force An Garda Siochana is continuing its investigation into the explosion’s cause, which is being handled as an accident.

In addition to the ten fatalities caused by the explosion, eight more were injured.

Two hearses carrying the coffins of Creeslough explosion victims Robert Garwe and his five-year-old daughter Shauna Flanagan Garwe arrived alongside one another at St. Michael’s Church.

Prior to their funeral mass, the child’s little coffin was carried into the church first, followed by her father’s.

There were several images of Shauna and bouquets of flowers in front of the altar in the church, which held ten candles, one for each of the tragedy’s victims.

Father John Joe Duffy began by extending a warm welcome to the crowd, which included a representative of Irish prime minister Micheal Martin and members of the emergency services.

Father John Joe Duffy sent his “deepest condolences” to Mr. Garwe’s partner Aine “on the passing of your partner and your lovely daughter” and welcomed family members, including those from Zimbabwe, who had traveled to pay their respects.

Mr. Garwe and Shauna’s life were represented by a variety of symbols, including a scooter that was “an integral element of their existence.”

Fr. Duffy told mourners, “I’m not sure who was faster on the scooter, but I know that on foot, Shauna could outrun her father, be it at the school gate, on the road where I so frequently saw them and met them, or in the store where she helped stack the shelves with the girls.”

In the Creeslough chapel, there was also a catapult for “hunting together” and Shauna’s favorite unicorn teddy.