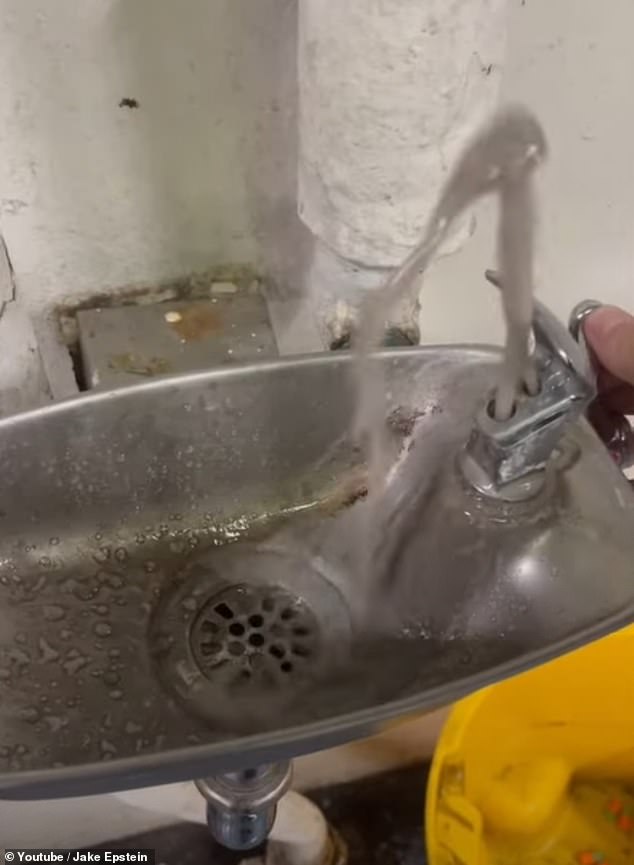 Officials eventually confirmed the presence of E. coli in the gray drinking water aboard the USS Abraham Lincoln, which was exposed by sailors of the United States Navy.

The Lincoln, a nearly 40-year-old ship that is a component of the United States Navy Pacific Fleet, navigates the Pacific Ocean.

Most recently, the ship participated in the first combined naval drill between Japan and the Korean Peninsula in five years.

The footage provided to Insider depict gray, muddy water gushing from the ship’s drinking fountains and sinks. The Navy confirmed the presence of E. coli in three of the ship’s 26 potable water tanks.

In a YouTube video, a sailor described the circumstances, which were initially observed in mid-September, as “terrible” and noted that the water appeared black at times.

One stated the water tasted like gasoline and smelled like “s**t” when he was forced to drink it.

The Navy screened for the bacterium and discovered it on September 22, but it took a month to determine what was producing the odor.

The Navy stated in a statement to DailyMail.com that on October 21, they discovered that the ship’s sewage had contaminated the water supply.

According to the Navy, a leak in the tank’s air vent line allowed garbage to infiltrate the potable water tanks, which also created the gray water.

One unidentified sailor stated that the filthy water was “inevitable” and that his fellow sailors experienced stomach problems after drinking, but were told to continue working.

Some of the males on board experienced rashes after consuming water and possibly bathing in it. Navy officials have denied that sailors have faced health problems.

After they complained to a superior officer, he admitted the presence of germs in the water but refused to specify whether it was good or harmful, and no one was ever warned not to drink it.

Although the Navy claims to have provided bottled water to the crew, sailors said that it was difficult to locate.

It was an issue anyway, observed one sailor: ‘Even if we chose not to drink water for a few days, we still had to shower, we still ate the food… Everything is cooked with water.

One sailor remarked, “I felt like we were going crazy because [the commanding officer] was telling us there was nothing in it, but we were drinking it and smelling it, and it smelled awful.”

The unidentified midshipman also chastised the Navy, stating, ‘The mission is always first in their minds. That is what they constantly say. The task is always their top priority, even if it puts other lives in danger.

They said that the terrible odor of the sewage-contaminated water still permeates the ship.

On November 11, the ship will host a collegiate basketball game between Gonzaga and Michigan State that will be broadcast live in prime time on ESPN.