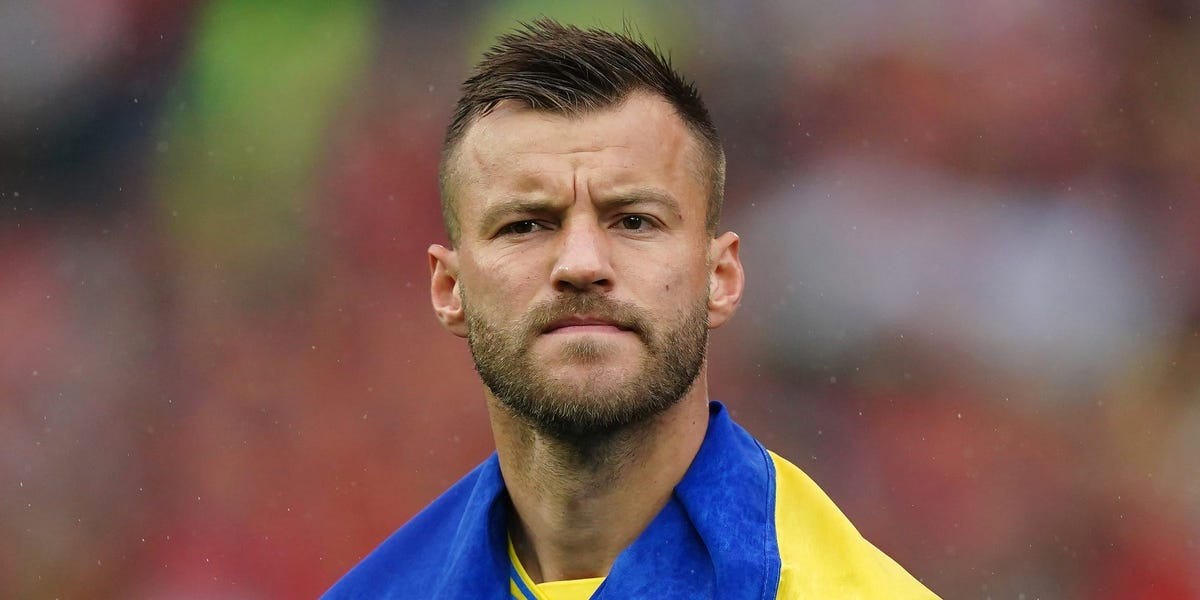 The men’s soccer captain of Ukraine, Andriy Yarmolenko, demanded that Russia be “completely isolated” from the rest of the athletic world after UEFA announced that it would not be eligible to qualify for the 2024 European Championships.

On the eve of Ukraine’s Nations League encounter against Scotland on Wednesday, Yarmolenko told reporters, “My view towards Russian football, sports, literally everything — this country should be isolated from the whole globe, since it is a terrorist country.”

“They murder Ukrainians, our children, every day. Therefore, the existence of any sport cannot be questioned.

Since their invasion of Ukraine started in February, Russia has been prohibited from participating in any UEFA or FIFA events.

But Bosnia and Herzegovina has decided to play a friendly match against Russia in St. Petersburg in November, a move that has angered a number of Bosnian internationals.

Everyone on the Ukrainian national team is focused only on punishing this nation as severely as they can, said Yarmolenko. “As a result, we only support keeping them cut off from the outside world. I will be pleased if they are barred from participating in all contests, not just football.

In June, Ukraine defeated Scotland 3-1 in what was the nation’s first competitive match since the beginning of the invasion. Yarmolenko scored the first goal.

Oleksandr Zinchenko of Ukraine sobbed inconsolably at a news conference before to the game as he begged Russia to cease invading his nation.

In addition, Zinchenko said that despite the turmoil, he and his squad will work to use soccer to uplift the Ukrainian people.

Yarmolenko said that the team’s motivation has not altered after seven months.

Nothing has changed; a battle is still raging in our nation, the 32-year-old remarked. “With our game, we want to at least somewhat cheer up our Ukrainian supporters.

“We are performing right now for our people, for everyone who is now in Ukraine and just wants to be distracted from the violence. For at least 90 minutes, we have to force Ukrainians to grin a little bit.

»Ukrainian soccer player says Russia should be banned from sports«