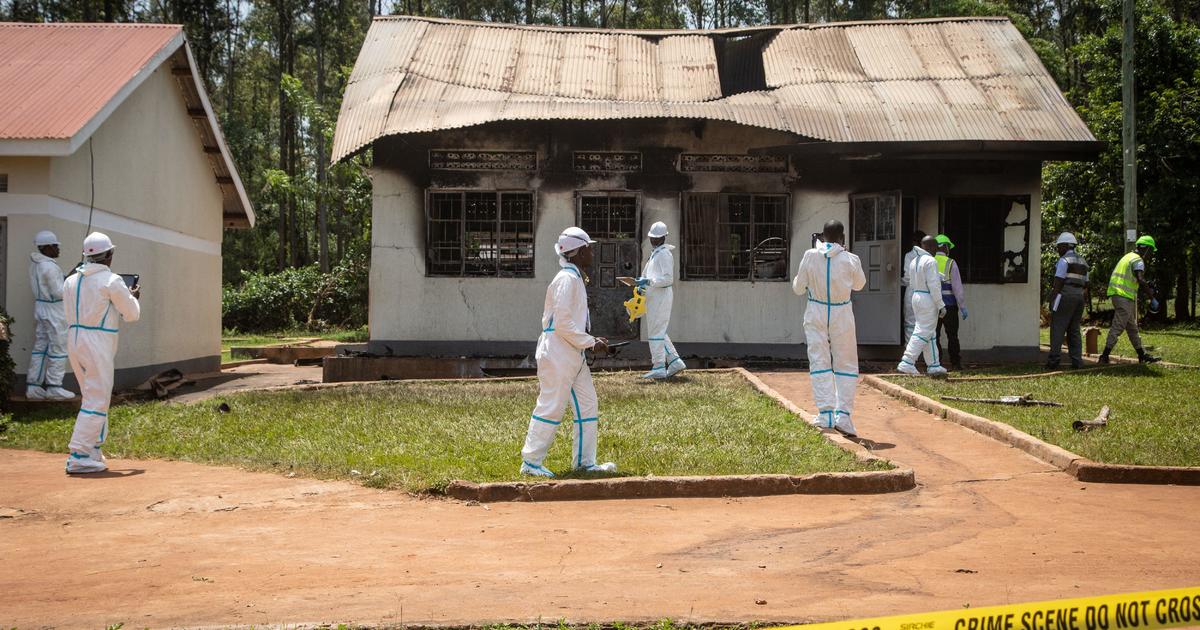 A fire at a boarding school for blind students in a rural community just outside Kampala, Uganda, killed eleven children on Tuesday, according to the school’s administrator and the police.

According to a police statement, six additional victims were hospitalized in critical condition. They stated that the cause of the overnight fire that destroyed a girls’ dormitory at Salama School for the Blind in the Mukono district remains unknown.

Fatuma Ndisaba, a high-ranking official in Mukono, told the local television station NTV that the victims, including girls aged 7 to 10, were irretrievably burned. She stated that the victims’ bodies will be identified using DNA testing.

“You cannot tell who is who,” she said, referring to the bodies that had been burned.

A small crowd composed of distressed women gathered at the school’s entrance.

Internal Affairs Minister General Kahinda Otafiire told AFP that the school had been cordoned off as a “crime scene” and that a thorough investigation would be conducted.

“As a government, we will investigate the origin of the fire, and if there are any responsible parties, they will be apprehended,” he said.

Richard Muhimba, the distraught father of one of the deceased children, told AFP, “There are no words to describe my pain.”

On Friday, Princess Anne was scheduled to visit the school in the East African nation where she is expected to arrive this week.

In Uganda, where classrooms and dormitories are frequently overcrowded and firefighting equipment is typically lacking, school fires have been a source of concern for education officials. In rare instances, officials have identified faulty electrical connections as the cause of fires.

Administrator Kinubi of the Salama School for the Blind admitted a lack of safety equipment.

“I must admit that we lack fire extinguishers because we have repeatedly asked the government to provide us with some of these devices, but to no avail,” he said.

In 2020, two dorms at a prestigious boarding school in Kampala were destroyed in separate incidents. Nobody was injured.

In 2008, 19 primary school students perished in a nighttime fire at a Kampala boarding school.