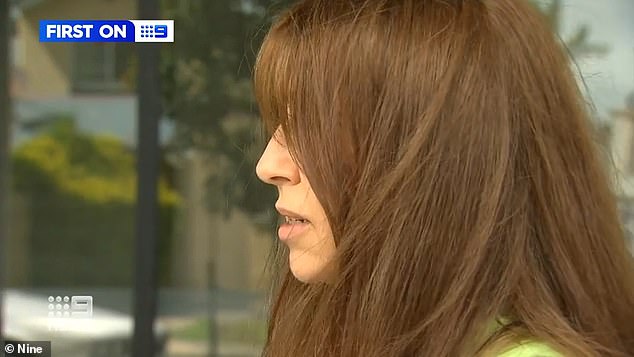 Video footage captures the terrifying moment a violent altercation broke out on a Jetstar flight, prompting an emergency landing.

Tuesday night, barely 24 minutes into the journey from Melbourne to Brisbane, a wild altercation broke out.

A video captured the moment two men began throwing fists at one another, while many other passengers attempted to separate them.

One mother said that she feared for her family’s lives as the plane unexpectedly lost altitude after the incident.

The passenger stated to 9News Melbourne, “It was unsettling.”

There was a commotion, there was shouting, people began to rise up, and it continued for a few minutes.

“One person was then brought to the rear of the aircraft, he had blood on his face… we did not hear anything else, we were in the dark.”

Following the fight, the jet dropped without warning, adding to the passengers’ dread and confusion.

She stated, “We had no idea what was happening” before the captain initiated an emergency landing.

The aircraft turned around near Mansfield and returned to Melbourne airport, as shown on the flight’s route map.

The Australian Federal Police then removed the two individuals from the aircraft.

Multiple other passengers attempted to separate the combatants as they were captured on camera exchanging blows.

One mother said that she feared for her family’s lives as the plane unexpectedly lost altitude after the incident.

According to passengers, one of the men involved in the altercation exhibited hostile behavior before to boarding.

The passenger remarked, “The individual was belligerent before boarding the flight, and we assumed they would not allow him to board.”

A spokesman for Jetstar stated that the company had “zero tolerance for disruptive and aggressive behavior.”

The representative stated, “The safety of our passengers and crew is always our top priority, and we appreciate our customers’ patience.”

After landing, the flight continued to Brisbane. According to the Australian Federal Police, no arrests had been made.