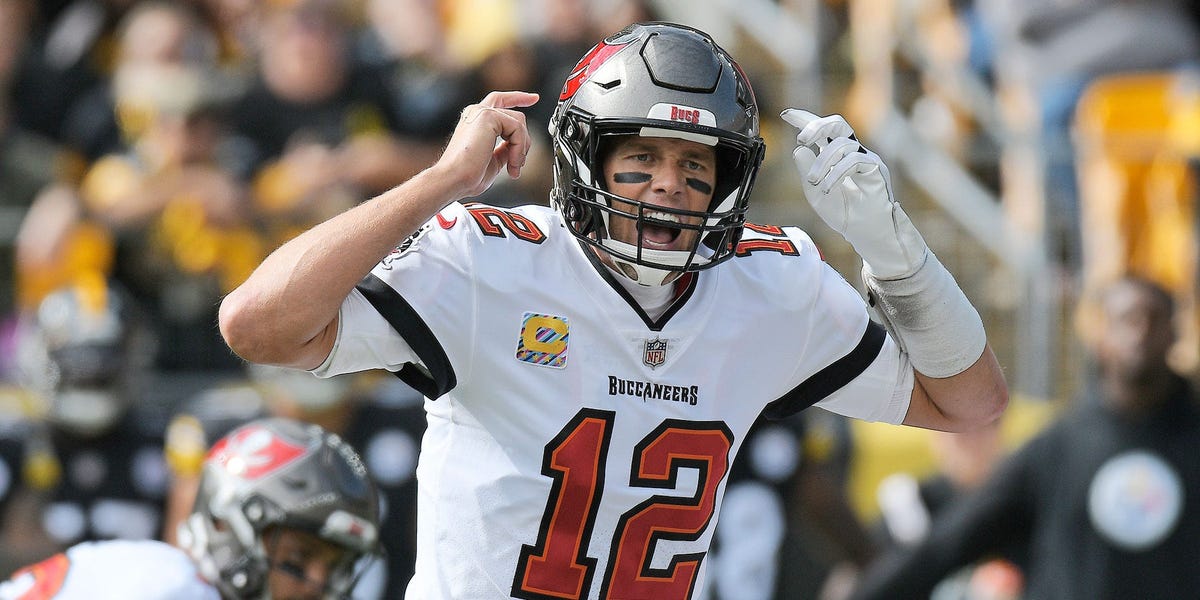 On Sunday, Tom Brady and the Tampa Bay Buccaneers had yet another trying day.

The Buccaneers offense struggled to get going against the Steelers in Pittsburgh, generating just a little over 300 total yards during the contest. All three of Tampa Bay’s first-half scoring drives ended in field goals, despite the team’s ability to move the ball when necessary.

Brady was spotted on the sidelines absolutely berating his linemen as the closing seconds of the first half passed.

Brady’s annoyances have boiled out on the sidelines many times this season.

The quarterback was ranting on the sidelines in Week 2 as well and ended up smashing a tablet out of rage.

After the incident, Brady noted on his podcast, “Let’s Go!” that “keeping your composure is absolutely crucial.” “I didn’t do a very good job of it yesterday, and I need to be extremely careful moving ahead to keep my emotions under control so I can play to my full potential.

There is a limit to how emotional you can become, and yesterday, I believe I was certainly at that point. I need to locate a better location so that I can be there for my colleagues.”

Brady still has to improve in that area, as seen by his latest emotional outburst on Sunday.

With 10 minutes remaining in the fourth quarter, the Steelers—who alternated between using Mitch Trubisky and Kenny Pickett as their quarterbacks against the Buccaneers—scored a touchdown to go up 20–12.

The Buccaneers lost the game 20-18 despite Tampa Bay mounting a comeback and scoring a touchdown later in the quarter, failing to convert the two-point try that would have tied the score.

Next week, when the Buccaneers meet the 1-5 Panthers in Charlotte, North Carolina, they will have an opportunity to turn things around.

»Tom Brady yells at his linemen after defeat by Steelers«