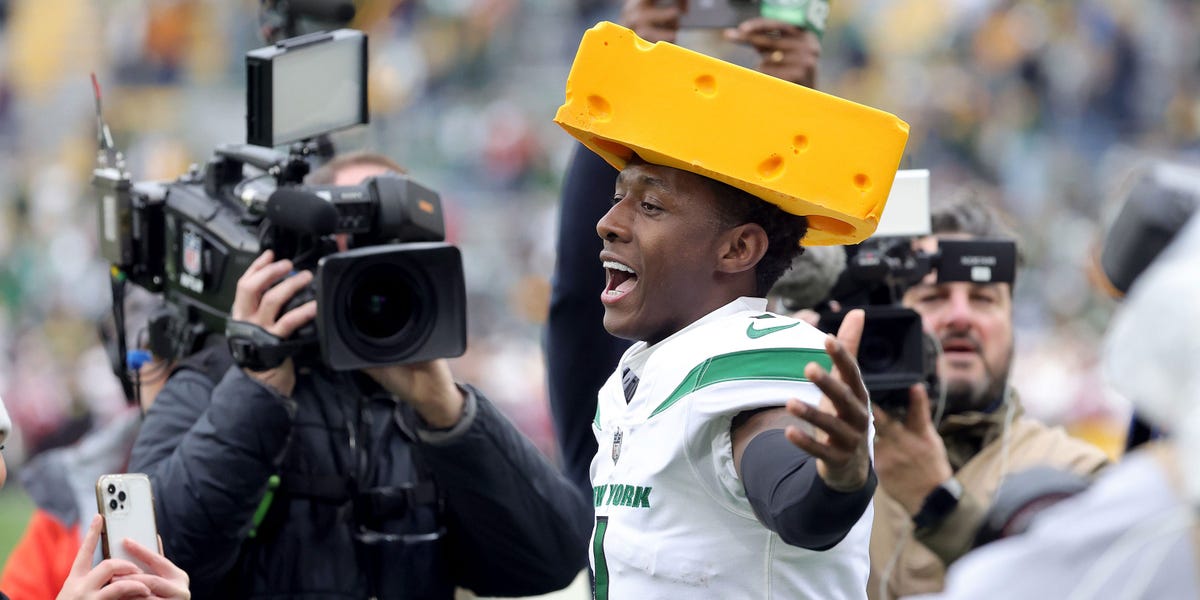 On Sunday, the New York Jets shocked the Green Bay fans by visiting Lambeau Field and crushing the Packers 27-10.

Hall spotted several Jets supporters nearby the end zone as he broke loose on a touchdown run, and he got to do the Lambeau Leap.

The youthful upstarts seemed to be making a statement with Hall’s jump into the crowd, and it wasn’t the only one the Jets would make that day.

After the victory, Sauce Gardner made a lap of honor around the stadium while dressed as one of Green Bay’s iconic cheese heads.

After some time, a Packers player reached Gardner and crushed the cheese head.

Gardner praised the Jets supporters that traveled by saying, “It sort of felt like we were playing a home game,” to Tom Pelissero of NFL Network after the game.

After three consecutive victories, the Jets are just one game behind the Buffalo Bills in the AFC East standings.