Skip to content
Go Home «» News «» All News «» Three days after a mother and daughter disappeared, their automobile fell into a sinkhole 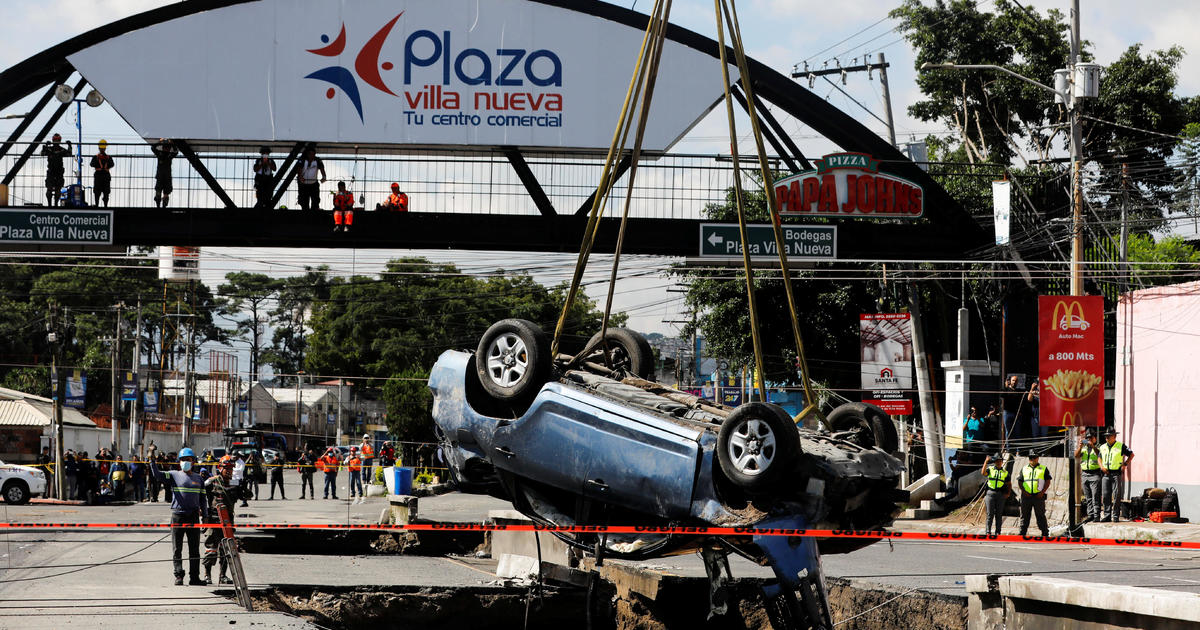 Three days after a mother and daughter went missing, their vehicle fell into a massive sinkhole, and the hunt for them has now turned into a recovery operation.

Authorities said late on Tuesday that they had used geological equipment to find their automobile at a depth of roughly 50 feet.

Geologist and engineer Mynor Suárez said they had seen a change in metals below the surface that they believed to be the automobile. However, it was unclear whether the ladies were still in the vehicle.

Authorities in Guatemala issued closure orders to companies within 200 yards of the pit as more dirt and asphalt began to fall into it, sometimes causing the surface to vibrate.

The volunteer firefighters’ chief, Angel Mario González, had earlier on Tuesday said that physical labor with shovels was being done at the bottom of the crater to attempt to prevent additional collapse.

But he said that right now they were just searching for their corpses.

“72 hours will have elapsed since the event at 6 o’clock,” he said. “There is no chance of finding survivors.”

Felipe Meja waited for news on the two missing ladies, his daughter-in-law Olga Emilia Choz, 38, and granddaughter Mishell Meja Choz, 15, while he stood with other family members 50 yards from the edge of the sinkhole.

He said that his son Adolfo Mejia, who was traveling with his wife and kid, had been hurt while attempting to save his daughter and had two fingers severed before being discharged from the hospital on Monday.

Mejia said that his kid was unable to force himself to visit the area again. “He’s unable. He claims to feel awful, “said the father.

“Three days have passed already. They should continue, not quit. Whether they are alive or not, “said Mejia. “We won’t leave until they are located. I don’t have a whole family.”

The hole first appeared on Saturday night on Villa Nueva’s main street, which is located southwest of the city. When a car abruptly fell into the enormous hole, traffic was still flowing down the dark, soggy roadway, as shown on the scene’s video.

The Mejia family had just left a neighborhood market where they sell clothes on their way home. Landslides and floods have been brought on by the region’s days of severe rain.

Two automobiles altogether were lost in the sinkhole. Four individuals were promptly evacuated, but Choz and her kid haven’t been found. In an effort to locate them, rescuers have climbed on ladders and with the help of a crane, using metal detectors and a search dog.

A whole junction in Guatemala City was swallowed by a nearly circular sinkhole in 2010, yet no one was hurt or killed.

»Three days after a mother and daughter disappeared, their automobile fell into a sinkhole«