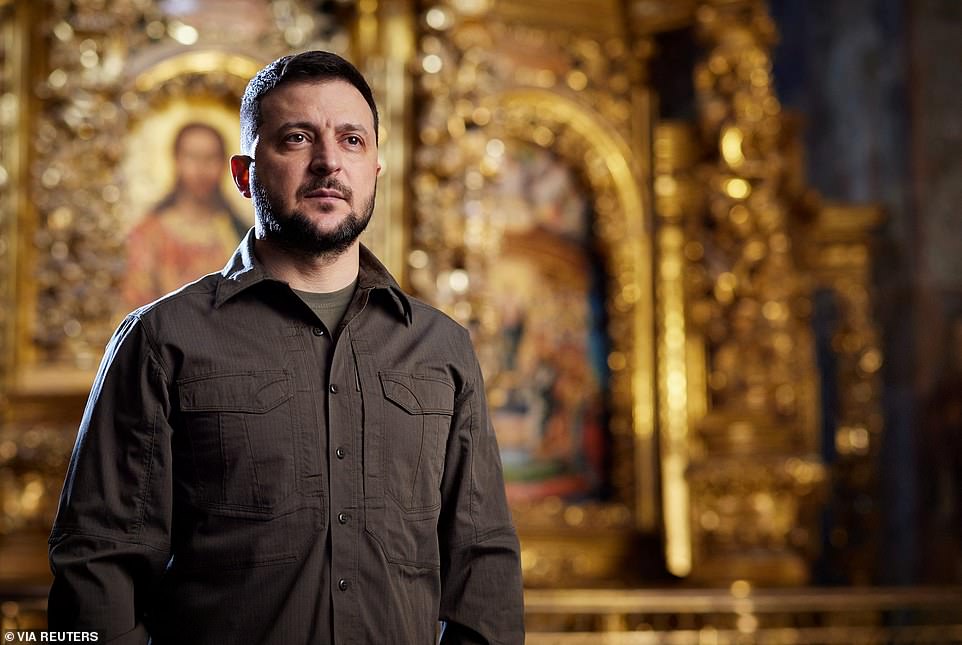 Orthodox Christians around the globe are celebrating Easter today, with thousands lighting candles at services in their community.

In Istanbul, Turkey, people attend an Easter Resurrection Service at the Church of Fener Orthodox Patriarchate.

The Patriarchate is the centre of Greek Orthodox Christianity, which has a religious population of around 260 million people worldwide.

A service at the the Patriarchal Church of St. George was conducted by Greek Orthodox Ecumenical Patriarch Bartholomew I of Constantinople, regarded as the spiritual leader of Eastern Orthodox Christians.

In a video address from one of the country’s best known landmarks, the 1,000-year-old Saint Sophia Cathedral in Kyiv, President Volodymyr Zelensky said Ukraine will overcome the darkness that Russia’s invasion had brought upon it.

‘Today, we still believe in the new victory of Ukraine and we are all convinced that we will not be destroyed by any horde or wickedness,’ said Zelensky.

‘We are overcoming dark times and on this day I – and most of us – are not in bright clothes, but we are fighting for a luminous idea.’

Ukraine’s St. Volodymyr’s Cathedral – also in Kyiv – was ringed by hundreds of worshipers with baskets to be blessed.