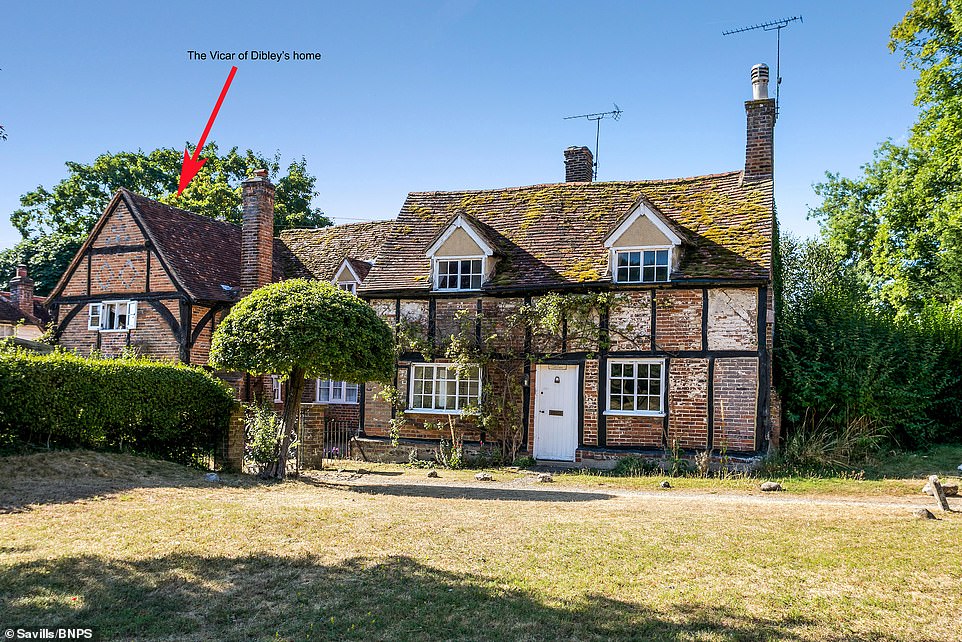 For the first time in 60 years, a Grade II-listed cottage that was featured in The Vicar of Dibley is up for sale for £900,000.

Reverend Geraldine Granger’s imaginary house is next to Church Cottage in Turville, Buckinghamshire, a charming Chilterns hamlet, where Dawn French portrays the character.

The traditional English hamlet is made up of 16th-century homes and is surrounded by picturesque farmland and woods. It is located in an Area of Outstanding Natural Beauty.

The St. Mary the Virgin Church, which served as St. Barnabus in the Vicar of Dibley, is where you may find the cottage.

This is the first time it has been on the market in more than 60 years; one renter has called it home since the early 1960s.

But since it hasn’t been touched in those years, a comprehensive refurbishment is now necessary.

The house is being sold by Savills, who describe it as a fantastic chance for a new owner who wants to “possess a piece of TV history.”

With a kitchen/breakfast room, sitting room, and bathroom on the ground level, a basement, and two double bedrooms on the first floor, the home offers 870 square feet of living area.

Additionally, both bedrooms enjoy a view of the well-known Cobstone Windmill, which served as the residence of Dick Van Dyke’s Caractacus Potts in the film Chitty Chitty Bang Bang.

‘The sale is a chance to acquire a piece of British television history in a hamlet that is no stranger to the limelight,’ said Charlie Chavasse of Savills, who are selling the property.

Since the 1960s, when Cobstone Windmill was featured in Chitty Chitty Bang Bang, film teams have been visiting here.

The entrance door enters into the sitting room, which has a dual aspect with an open fireplace, and is accessed from the front through the grounds of St. Mary the Virgin Church.

The living room has a foyer and a ground floor bathroom to the back, while the kitchen is on the opposite side of the house and has entrance to a basement.

The upper floor has two double bedrooms with views of the town green, church, and slope leading up to Cobstone Windmill, which are accessed by stairs from the living room.

The back garden, on the other hand, is mostly made of grass and has a wood shed. The possibility of extending the property may possibly exist, subject to planning approval.

‘It has been really thrilling to own a house that has been in such a famous comedy, and its link with the Vicar of Dibley has frequently proven to be a fascinating talking topic among friends and family,’ the owners, who do not want to be identified, added.

I hope the new owners will be happy in this home; it was nice to see the property on TV.