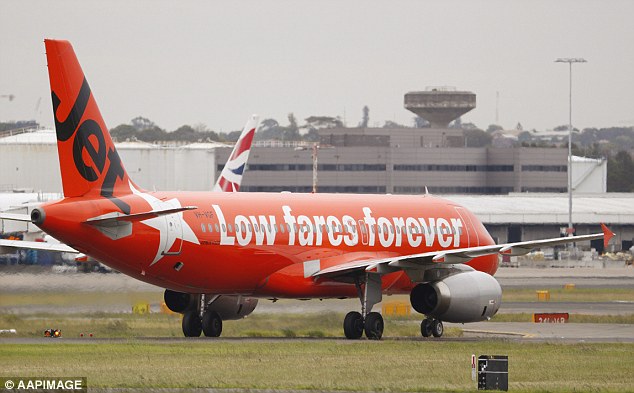 When Jetstar’s new CEO assumes her position later this year, she will have a difficult task on her hands to make Aussies fall in love with the airline once again as irate passengers deal with flight cancellations and technical fleet problems cause more travel mayhem everywhere.

In November, Stephanie Tully will succeed Gareth Evans as CEO of Jetstar, leaving her position as Chief Customer Officer at the airline’s parent company Qantas.

Both airlines have been having problems for many months, but Jetstar has lately been having trouble getting its Boeing 787 Dreamliners in the air after being forced to cancel several flights due to lightning, bird strikes, and difficulty locating replacement components.

CEO Alan Joyce calls Ms. Tully, who has been with Qantas since 2004, “an extraordinary leader with a profound grasp of the customer experience.”

She takes on the airline as it struggles to recover from the Covid pandemic’s impact, suffers a $796 million loss in 2021, and deals with a public that is becoming angrier by the day over the unmet travel demand.

A lightning strike in Cairns on Friday caused Jetstar’s most recent issue, forcing the carrier to halt another of its long-range planes while it was forced to undergo repair in Sydney.

A Jetstar representative told Crikey on Wednesday that three of the 11 aircraft in its 787 fleet were currently not in service. “Our technical team is working hard to safely restore all aircraft to service by the end of this week,” the spokesperson said.

While a different problem earlier this month left groups of travelers momentarily delayed in Tokyo, Bali, and Bangkok, this week’s issue only impacted select flights from Singapore, Hawaii, and Bali.

Customers have lately started a website called “dontflyjetstar” to express their complaints, and they have gone to social media to do so.

One Twitter user, PintoPoloPony, stated this week, “I had my trip to Honolulu cancelled while I was on the Hume Highway from Canberra, five hours before departure.”

Two flights in six days were impacted. One was delayed by 12 hours, while the other was canceled two hours before takeoff, according to user Syatmel.

Another Twitter user said that their trip from Waikiki back to Australia was canceled five hours before departure and they had to pay $3,000 for a Qantas flight in its place.

The fact that the shell of the new Jetstar 787s is comprised of composite material rather than metal, as opposed to the metal shells of previous aircraft, complicates the issues with lightning strikes.

An electric charge would leave a single entrance and exit hole on the fuselage or wing of a metal shell, allowing repair crews to quickly assess the damage.

A lightning strike, however, might leave a patchwork of small holes in the composite material, which makes considerable use of carbon fiber and conducts electricity differently. This means that maintenance will take considerably longer to complete.

The paint peeling issue with carbon composite materials has forced airlines all around the globe to repaint airplanes, which is an expensive and time-consuming procedure.

Recently, images of the affected 787s with duct tape mending the wings and bodies appeared.

The tape, which is properly named “speed tape,” is a pressure-sensitive aluminum substance that is often used on racing vehicles and airplanes.

Engineers may use this as a temporary remedy to stop water from penetrating the material via the peeling paint, but the solution isn’t long-lasting.

In addition to the problems with the aircraft, Jetstar and Qantas are also dealing with a lack of maintenance workers, which is further delaying repairs and increasing the number of cancelled flights.

According to a source inside the Qantas group, “part of the Qantas and Jetstar difficulty is that they don’t have extra planes.”

There isn’t much that can be done when many planes break because of the tight timeline. Frequently, we lack a reserve aircraft to quickly take its position.

Jetstar often receives aircraft on loan from Qantas to fill up scheduling gaps, but this causes issues when Qantas is in great demand, especially during the holiday season.

A run of brand-new aircraft from Airbus, a competitor of Boeing, were ordered by Qantas Group earlier this year, which could dramatically reduce the amount of canceled flights.

The order consists of 40 domestic aircraft, a mixture of A321XLRs and A220s, and 12 long-haul A350s for international routes.

The arrival of these aircraft in Australian airspace will take at least a few years, so Ms. Tully will likely have her hands full in the near future.

One Twitter user plainly said, “Whoever (the new CEO) is, they’ve become the mayor of sh**sville.”

Customers must wait to see whether Ms. Tully can sway the residents of the town.