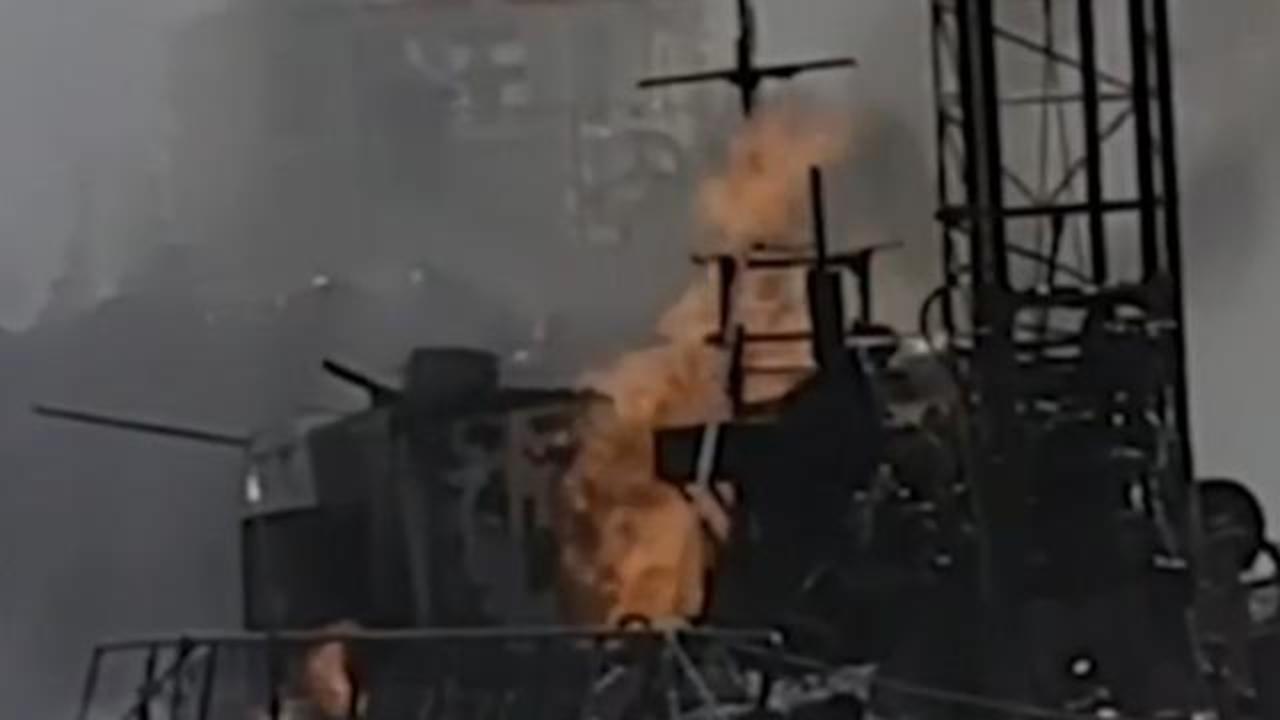 The Ukrainian military reported that on Tuesday, Russia launched airstrikes against the Black Sea cities of Odessa and Mykolaiv, damaging residential structures and port facilities along the country’s southern shore.

Operational Command South of Ukraine claimed on Facebook that the attack was carried out by forces loyal to the Kremlin using air-launched missiles.

The command published a video on Tuesday with the description, “The repercussions of today’s rocket shelling over the Odessa region,” that looked to show burning debris and demolished houses.

According to the report, several homes in coastal communities near Odesa were hit and set on fire.

The port infrastructure in the Mykolaiv area was attacked.

A Moscow-installed official in the southern Kherson region claimed the Odesa and Mykolaiv regions would soon be “liberated” by the Russian forces, just as the Kherson region farther east, hours after the fresh attacks on the south.

According to RIA Novosti, Kirill Stremousov declared, “The Kherson region and the city of Kherson have been liberated permanently.”

The changes occurred as Ukraine appeared to be getting ready for a southern counteroffensive.

At the weekend before, Russia assaulted the port of Odesa.

The site did not appear to include a Ukrainian warship or a store of anti-ship missiles, as Moscow claimed, according to the British military on Tuesday.

The use of anti-ship missiles by Ukraine, according to the British Defense Ministry, is “a key threat” to Russia and is restricting its Black Sea Fleet.

The military stated that Russia cannot practically try an amphibious assault to seize Odesa, which has seriously damaged the overall invasion plan.

Russian measures to weaken and eliminate Ukraine’s anti-ship capacity will continue to be given top priority.

It said, “It is quite likely that outdated intelligence, bad planning, and a top-down approach to operations consistently weaken Russia’s targeting methods.”

According to the president’s office, at least three civilians in Ukraine have been murdered and eight more have been injured as a result of Russian bombardment in the last 24 hours.

The main cities in the area, including Bakhmut, Avdiivka, and Toretsk, were being attacked by the Russian forces, according to a statement.

The shelling along the front line in the eastern Donetsk region, where the fighting has been concentrated in recent weeks, continued.

Russian troops were allegedly deploying cluster munitions, according to Donetsk regional governor Pavlo Kyrylenko, who also renewed his appeal for people to flee.

Kyrylenko declared on television that “there is not a single safe area left, everything is being shelled.

“However, the civilian population still has access to escape routes.

The Russians are reportedly using mercenaries from the mysterious Wagner Group to seize control of the Vuhledar Power Plant on the northern outskirts of the Novoluhanske hamlet, according to the Washington, D.C.-based Institute for the Study of War.

But the Ukrainian General Staff claims that the Russian forces there have only made “limited achievements.”

To advance their onslaught against the key Ukrainian strongholds in Donetsk, Sloviansk, and Kramatorsk, Moscow’s forces need to seize Bakhmut, which has been the focus of most Russian efforts.

The Institute for the Study of War noted that Russian forces “made modest gains south of Bakhmut but are unlikely to be able to successfully utilize these advances to capture full control of Bakhmut itself.”

In the northeast of Ukraine, in Kharkiv, the second-largest city, Russian forces have kept up their attacks on civilian facilities.

The strikes on the city resumed after dawn on Tuesday, according to Kharkiv governor Oleh Syniehubov, damaging a car dealership.

According to Syniehubov, “the Russians purposefully target civilian infrastructure objects, such as hospitals, schools, and movie theaters.

“We are advising people to stay away from large crowds because “everything is being fired at, even lines for humanitarian goods.”

According to Annalena Baerbock, the foreign minister of Germany, Moscow seeks “the complete subordination of Ukraine and its people.”

During a visit to Prague, Baerbock remarked, “We must be ready for this war to endure months, which Russia is doing with utter savagery, and which Russia is conducting in a way that no one else would.