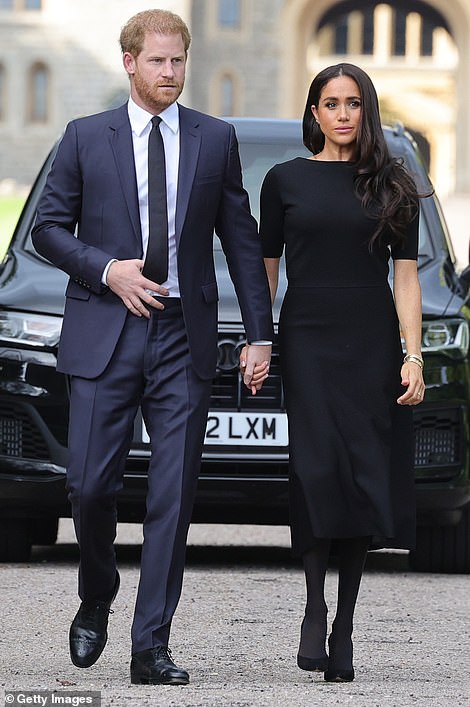 King Charles will be “nervous” at the news. Today, royal experts announced that Prince Harry’s tell-all memoir will be released on January 10 – amid rumors that the New Year publication date signals the royal was successful in his attempt to water down the book’s content.

As part of a multimillion-pound, three-title contract with Penguin Random House, the autobiography was initially approved for an anticipated fall release.

Harry is rumored to have sought a number of revisions to make the book less critical of the Royal Family, which delayed the book’s publication following the death of the Queen.

Richard Fitzwilliams, a royal critic, cautioned that the publication of the book would be “unhelpful” to King Charles and Camilla, the Queen Consort.

It was never a good idea for Harry, fifth in line to the throne, a Counsellor of State, and only 38 years old, to write a highly contentious memoir, he told MailOnline.

‘According to reports, the memoir has been toned down in light of the sensitivity involved. When the book is released, Harry may conduct interviews. It is likely to be serialized extensively.

All of this will almost probably be detrimental to King Charles and his wife, Camilla, in the early months of his reign. It could exacerbate the schism between the royal family and the Sussexes during the crucial period preceding King Charles’ coronation.

Mark Borkowski, an author and PR expert, stated that between the early September death of the Queen and the January 10 release date, there would have been ample time to make considerable revisions to the book.

He told MailOnline, “An advance is paid based on a specific premise: the publishers would have viewed the manuscript and been enthusiastic about it.” Therefore, there will always be a conflict over the topic. But might they have made significant changes by January? Yes, in the present era it is quite simple to alter and print documents.

Christmas is the most important time to sell books. So they will lose a great deal of sales. January doesn’t seem like the best time for a publication, so that’s significant – it suggests there was some disagreement over the substance, and Harry may have won.’

However, according to biographer Tom Bower, commercial imperatives will ensure that the final draft contains several criticisms of the Royal Family.

Profits dictated that the book be published as soon as possible following the death of the queen.

And the fact that neither Harry nor Meghan are willing to end their campaign against the Royal Family aided the publishers,’ he told MailOnline.

‘To those who have theorized that Harry intended to water down his ghost-written material to remove the most insulting depictions of Charles, William, and Kate, one can only conclude that his book can only be a commercial success on a global scale if a hearty dose of poison remains.

Damage to the Royal family will be considerable. Charles’s reprisal may include withholding the prince and princess titles from their children and even revoking their own titles as Duke and Duchess of Sussex.

‘Of course, Harry was warned that the Sussexes’ vengeance would be returned in kind, so Christmas in Sandringham will undoubtedly be tense for the Royal family as they brace for the worst. This couldn’t have happened at a worse moment for the new king, who was still organizing his coronation.

It is said that the Sussexes received a $20 million (£18.4 million) advance for the book as part of a £36.8 million three-book agreement. The publisher Penguin Random House has previously stated that Harry will donate book revenues to charity.

Bower argued that the anticipated release of the Sussexes’ Netflix series would be beneficial publicity for Harry’s book.

“Viewers and readers should anticipate stinging remarks on how Harry’s family treated them,” The Sussexes, wallowing in self-pity, will present themselves as victims of uncaring con artists,’ he claimed.

In an earlier statement announcing the arrangement, Penguin billed the book as “an intimate and sympathetic memoir” and promised that “Prince Harry would present an honest and fascinating portrayal of himself.”

They said that it would cover Harry’s “life in the public eye from boyhood to the present, including his dedication to service, the military duty that led him twice to the front lines of Afghanistan, and the joy he has found in being a husband and father.”

No member of the Royal Family has been given the opportunity to read any of Harry’s book prior to its release, according to palace officials. When the publication agreement was announced in July 2021, only the Queen was informed in advance.

The Mail on Sunday reported last month that Harry had made a last-ditch effort to tone down his book out of concern that it “would not go over too well” in the wake of the monarch’s passing.

His request was interpreted as an indication that he was prepared to adopt a more conciliatory stance toward the rest of the Royal Family; any insults or disguised jabs were deemed unacceptable so soon after his father’s accession.

“Harry has thrown a wrench in the plans,” stated a source. In light of the Queen’s death, her funeral, and his father Charles ascending to the kingdom, he is eager for refinements.

There may be aspects of the book that are less than flattering if published so soon after these occurrences. He desires immediate changes to portions. It is not a complete rewrite in any way. He wishes to make drastic changes. However, it may be too late.

Penguin Random House reportedly ordered a rewrite after deeming the initial text “too sentimental” and placing too much emphasis on mental health issues.

Harry must choose between further straining his already poor connection with his family and harming book sales by withholding allegations.

Before creating the Archewell Foundation and striking lucrative deals with Spotify and Netflix, Harry and Meghan abruptly left their lives as working royals and moved to California over three years ago.

The literary agent Matt Latimer told the New York Times, “Is his objective to increase his fame with a specific segment of the public, or is it to mend fences with his family?”

These are contradictory objectives, and it is difficult to achieve both.

Last year, the King, who was then the Prince of Wales, was informed about the memoir mere minutes before the press release announcing the publication of the book.

In that comment, Harry said, “I can demonstrate that regardless of our origins, we have more in common than we realize. I’m happy for the opportunity to share what I’ve learned over the course of my life thus far, and I’m eager for others to read a first-person narrative of my life that is true and completely honest.

A palace insider stated, “The initial announcement was somewhat shocking.” We have waited a long time to find out what it contains, and frankly, we simply want it out of the way so we can move on.’

Nonetheless, advisers are preparing for the worst, especially in light of Harry’s public critiques of his family and the monarchy.

During their infamous interview with Oprah Winfrey last year, the Sussexes accused the Royal Family of racism, and Prince Harry said that Prince Charles “actually cut me off financially.”

Some of the circumstances following the Queen’s death reportedly caused Harry more distress.

He was disappointed to learn that Meghan, 41, was not invited to accompany him to Balmoral to be at the bedside of his dying grandmother.

Later, he allegedly declined an invitation to join his father for supper at Birkhall, his neighboring private residence.

The Royal Family’s attorneys are likely to be on standby for the publication of the book.

The couple’s contentious Netflix fly-on-the-wall documentary series has also been postponed until next year because to the enormous outrage against The Crown.

As part of a rumored $100 million (£88 million) deal with the streaming behemoth, Harry and Meghan have been working on the series.

The Crown has been accused of manufacturing a ‘hurtful’ slur against King Charles by presenting him secretly planning to remove the Queen. As a result, Netflix has decided to delay the premiere of the series.

The documentary was anticipated in December, following The Crown’s fifth season. A source told the Hollywood news website Deadline, ‘Netflix is frightened, and they blinked first by delaying the documentary.’

And in the aftermath of his grandmother’s death, Harry and his brother William reached a precarious ceasefire, appearing together for a walkabout among Windsor’s well-wishers.