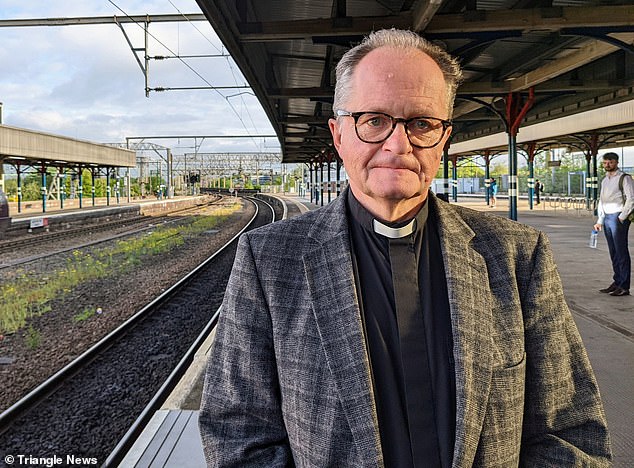 After participating in the Just Stop Oil demonstrations, an eco-warrior vicar who has been in and out of court and served time in prison is pleading with the public to cover his legal expenses.

Reverend Mark Coleman, who is disabled and has retired, is asking for assistance from the public to pay his £2,000 in legal and travel expenses.

The 63-year-old, who has been campaigning with the organization and has been detained four times this year, said: “It would be nice if some kind individuals could assist me handle the financial load.”

The priest actively supported Insulate Britain, which led to his detention nine more times as he stopped important highways including the M25.

With photographs of him attaching himself to a road and being taken away by police while wearing his clerical collar going viral, he has established himself as a regular figure at climate demonstrations.

In August, he participated in a group of 56 Just Stop Oil protesters who shut down the Kingsbury oil port in Kingsbury, Warwickshire.

Coleman, the vicar of St. Chad’s and St. Mary’s churches in Rochdale, Greater Manchester, was detained for a week after the demonstration for contempt of court.

Coleman, a Parkinson’s patient, said on a GoFundMe page that he needed assistance with the “financial weight” since he “doesn’t have a future.”

At the Navigator oil port in Grays, Essex, in August, Reverend Coleman protested against oil production by adhering his hands to the pavement.

He had been charged with criminal damage four months before after allegedly spray-painting the district office of Tory MP Chris Clarkson.

Due to a lack of evidence, the lawsuit was dismissed.

He was freed from jail on September 22 together with two other clergymen, Reverend Bill White and Reverend Tim Hewes. He is a member of Christian Climate Action.