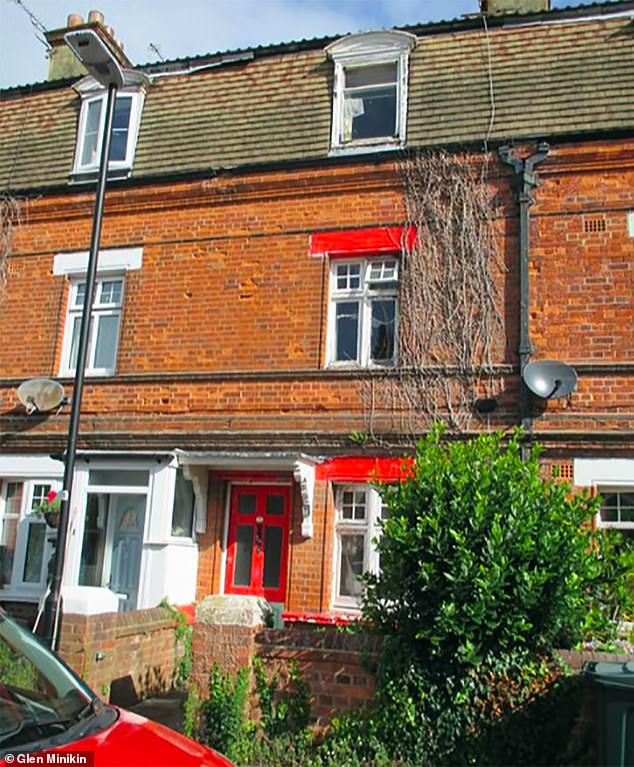 A 70-year-old “recluse” who was going without gas and power left a $250,000 unexpected inheritance to 31 relatives he was unaware of.

Last February, Richard Ticehurst was tragically discovered dead in his run-down terraced home in Eastbourne, East Sussex, where the top story ceilings had fallen. He had no will, and little was known about his family.

When the local government was charged with planning his burial, Finders International, a genealogy company and the stars of the BBC’s Heir Hunters, was hired to do familial and historical research on Richard.

Richard’s estate was found to be worth £250,000, and 31 relatives in five different countries and on three different continents are about to receive a shock inheritance.

One of the beneficiaries was Yvonne Fraser, a distant cousin who left Manchester for Australia in 1974.

The mother of two remarked of the unexpected funds: “It came out of the blue.” Despite the fact that I had no prior knowledge of Richard, the relationships found by Finders made logical.

“I now realize that Richard was a first cousin of my mother Muriel Ticehurst, who passed away in 2019.

Tragically, Richard was likely unaware of any of his distant relatives when he passed away.

On February 3, 2021, emergency services were contacted to his home, but it took a while before anybody realized he hadn’t been seen.

His mother Gladys had left the home to him following her passing in 2000, and he was declared dead there. He had lived there since infancy.

According to Danny Curran of Finders International, “Part of our inquiry often takes us to the residence of the dead to collect important papers, such as a Will. Richard’s home was searched, giving an insight into his way of life.

It was quite upsetting and depressing to see.

Richard’s home was obviously neglected since there was no gas or power and the upper floor’s ceilings were sagging. Richard was said to operate at night with a flashlight on his head when there was no electricity.

He was “kind of a loner,” according to locals, and “didn’t have any guests.”

Richard had more over a quarter of a million pounds in his fortune, despite the dilapidated condition of his home and the very substandard living situation.

Finders International immediately ascertained that he was an only child who had never married or given birth to children.

The research team concentrated on his father Alfred’s side of the family since his mother Gladys had also been an only child, and they discovered a total of 31 people across England, Scotland, Canada, Australia, and America.

Yvonne is overjoyed to have been reunited with her family as a result of Richard’s fortune, although Richard was never able to meet his long-lost relatives.

I am completely in awe of how Finders located me and, in fact, found us all, dispersed around the globe, the woman stated.

I’ve been a resident of Australia for close to 50 years, and because of my divorce and subsequent remarriage, I also have a different last name.

We had the good fortune to meet up with members of the extended relatives. We have some relatives visiting us in Australia.

The gaps in our family tree have also been filled in, thus it seems that Richard, who was known as a hermit, was able to reunite his descendants after his death.

It’s a pity we didn’t know Richard while he was alive, especially considering how difficult it appears he found it to live alone.

The money would have gone to the Crown if no relatives had been found.

Finders International also disclosed that 6,7000 cases still remain unclaimed on the government’s list of unclaimed estates, with a startling £3.3 million waiting to be claimed.

Being a beneficiary of someone’s estate who you didn’t know or hardly knew of is more frequent than people realize, according to Danny Curran.

Every year, we send hundreds of shocked family members their money back.

“The estate reverts to the Treasury if it is not claimed within 12 years.” As of right now, we estimate that at least £3.3 million remains unclaimed. This amount of money is astounding.

Visit www.findersinternational.co.uk for more details on what Finders International does.