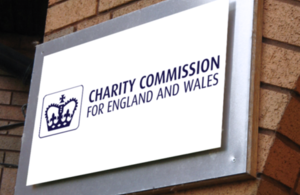 As a result of successful legal action brought by the Charity Commission, over £117k will be recovered and distributed to support cancer patients in Wrexham and District Hospitals.

The High Court of Justice has ruled in favour of the Charity Commission following its decision to take legal action for restitution against the sole trustee of the Frank Wingett Cancer Relief Fund.

Simon Wingett has been ordered to repay £117,100.32 which, subject to recovery, will be distributed by the Commission to local charities supporting the relief of cancer patients treated in Wrexham.

This follows a compliance case into the Frank Wingett Cancer Relief Fund, which the regulator opened in 2017 to investigate concerns about the charity’s management.

The charity was set up to relieve patients in Wrexham and District hospitals, particularly those suffering from cancer and allied diseases, through raising funds for medical and surgical equipment and facilities.

The charity came under scrutiny after its funds were misused to support the creation of a 210ft (over 60m) Welsh dragon statue as a tourist attraction. This project has no connection to advancing the charity’s aims and to date, no statue has been built.

In July 2019, the Commission disqualified Mr Wingett from acting as a trustee or senior manager of any charity in England or Wales for a period of 10 years and has since pursued the restitution of funds.

Charity trustees hold important positions of trust. We – and the public – expect trustees to ensure financial decisions are taken in the best interests of the charity and those it serves to benefit.

Mr Wingett’s significant misuse of funds was an abuse of the trust placed in him by the many donors to the charity. This ruling will ensure the charitable proceeds raised are now directed to the benefit of those in the local community they were intended for.

The Official Custodian will oversee the recovery of funds which can then be distributed by the Charity Commission.
The Charity Commission takes cases of misconduct or wrongdoing which result in depriving a charity of property or funds very seriously. In appropriate cases and exceptionally, the commission will bring legal proceedings, in the public interest with the Attorney General’s consent, to recover funds lost to charity.

Any member of the public can look up any active or inactive charity based in England and Wales via our Charities Register. About the register of charities (charitycommission.gov.uk)