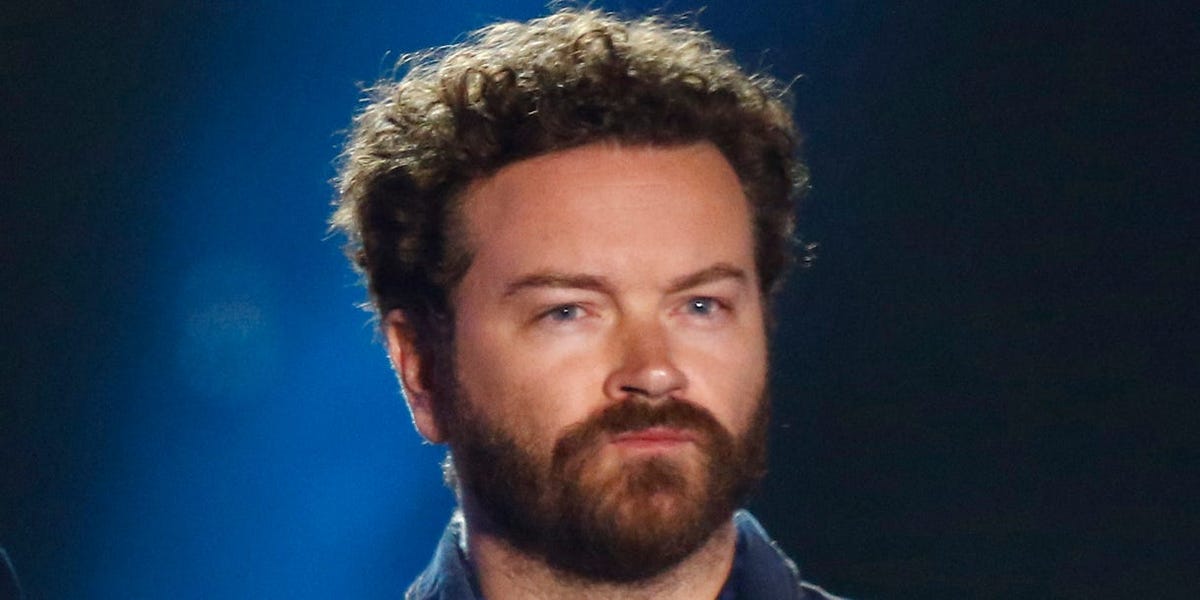 One of Danny Masterson’s accusers had a panic attack on the witness stand on the tenth day of his rape trial, but she informed the judge that she was even more afraid of what awaited her beyond the courtroom.

The actor, a second-generation Scientologist well-known for his “That 70s Show” part, sat cross-legged before one of his accusers in a courthouse in Downtown Los Angeles while clean-shaven. On the witness stand on Tuesday, the second of three accusers—all former Church of Scientology members—gave spooky evidence about her interactions with the actor and how the organization handled her allegations.

Masterson has pleaded not guilty to the criminal charges, and he and his legal team have disputed the accusations and called them “outrageous.”

Although the Church of Scientology is not being tried, in evidence thus far, victims have said that they were either discouraged from submitting their charges against Masterson to law enforcement after speaking with Church officials. Jane Doe 1 and Jane Doe 3 both said in court that Masterson’s “excellent status” within the Church caused administrators to defend him and turn against them.

Despite the District Attorney’s evident intention to cruelly focus his case on Mr. Masterson’s faith, “The Church is not part of the process in issue,” Karin Pouw, the organization’s worldwide spokesman, told Insider.

Before the emotional intensity of her evidence on Tuesday reached a fever pitch, the accuser told the jury she had “lived in dread” before coming forward. The complainant dated Masterson from 1997 to 2002, when he was at the height of his comedy stardom.

An ex-live-in partner shares her experience.

Jane Doe 3 recalled a night in December 2001 when she and Masterson went to the French restaurant La Poubelle, where they often had dinner. After one or two wine glasses, Jane Doe 3 said that apart from leaving the restaurant, she was unable to recall anything until the next morning, when she awoke nude in Masterson’s bed.

Jane Doe 3 told the jury, “My entire body ached,” adding that she also had agony in her joints, anus, and the back of her skull. On Monday, Jane Doe 3 gave testimony on a sexual attack that occurred in November 2001 and about which the district attorney’s office filed one of the three forcible rape charges against Masterson.

The day after she claimed he had sexually assaulted her, Jane Doe 3 said she discovered Masterson at his home office following the assault in December.

Jane Doe 3, who testified to the court in a frightened, quivering voice, said, “He laughed at me and told me he had sex with me.”

“He confirmed that I was asleep the whole time when I questioned him about it. I genuinely trusted him, and I didn’t think he would go that far, so that destroyed my heart.”

Days after the rape, Jane Doe 3 said she attempted to report Masterson’s behavior to the Church’s celebrity center.

In a second civil action filed in June 2019, Masterson’s ex-girlfriend and three other women accused him of sexually abusing them between 2001 and 2003. The Los Angeles County District Attorney’s Office brought criminal charges in 2020 as a result of the allegations in the civil case.

“I believed Scientology had all the solutions,”

Because Scientology teaches that their judicial system is the most rational, Jane Doe 3 claimed, “I assumed that Scientology had all the answers and would assist him.”

She testified in court that the Church disregarded her account of the rape in December 2001 and another incident in November 2001 when she said Masterson had physically and sexually abused her.

Jane Doe 3 claimed, “When I told her what had occurred, she advised me not to use the term rape and told me that you can’t rape someone whom you’re in a relationship with.

She said that the celebrity center’s chaplain, Chris Scoggins, her spouse, also participated in trying to silence her by telling her that she wasn’t doing her “hat,” or job, as a girlfriend. Even while Scientology is not a defendant in the case, Rick Ross, the head of the Cult Education Institute, previously warned Insider that the “granular layers of control” of the church will come into play.

He supplied for me, so it was something like cash. “My job was to give him sex anytime he wanted,” Jane Doe 3 claimed.

A profound terror overcame her as she described what Church authorities had warned her, namely that reporting Masterson may result in her being isolated from her friends and family as a “suppressive person.”

“I realized what was going on, which terrified me; I had to follow instructions. I was afraid at the time and followed instructions because I thought they would destroy me “Jane Doe 3 said that she felt compelled to follow the instructions of the authorities. “I don’t think I would have made it,”

She later testified in court that Chris Scoggins facilitated a meeting between her and Masterson to work out the conditions of their split; one of the agreements, according to Jane Doe 3, was “I remember not to sue him.”

Jane Doe 3 recounted the Church’s role while stopping to tell the court, “I’m trying not to panic,” as her breathing quickened. In order to avoid seeing people in the corridor, Jane Doe 3 refused to leave the courtroom when a break was announced. The previous week, Jane Doe 1 made the implication that Scientology was practiced by “half the courtroom.”

I don’t want to go outside! As members of the district attorney’s office comforted her, Jane Doe 3 remarked.

When Jane Doe 3 ultimately told the Austin Police about the rape in December 2001, she said later in court that she was terrified. She said, “I was afraid because of Scientology.

How often have you felt threatened because you have reported something? Reinhold Mueller, a deputy district attorney, questioned her.

Jane Doe 3 asked Masterson’s lawyer Philip Cohen during cross-examination not to go over to Masterson’s side of the courtroom, where he was sitting and close to a bench with his friends and family.

I don’t want to look over there when you enter the courtroom from that side, Jane Doe 3 remarked.