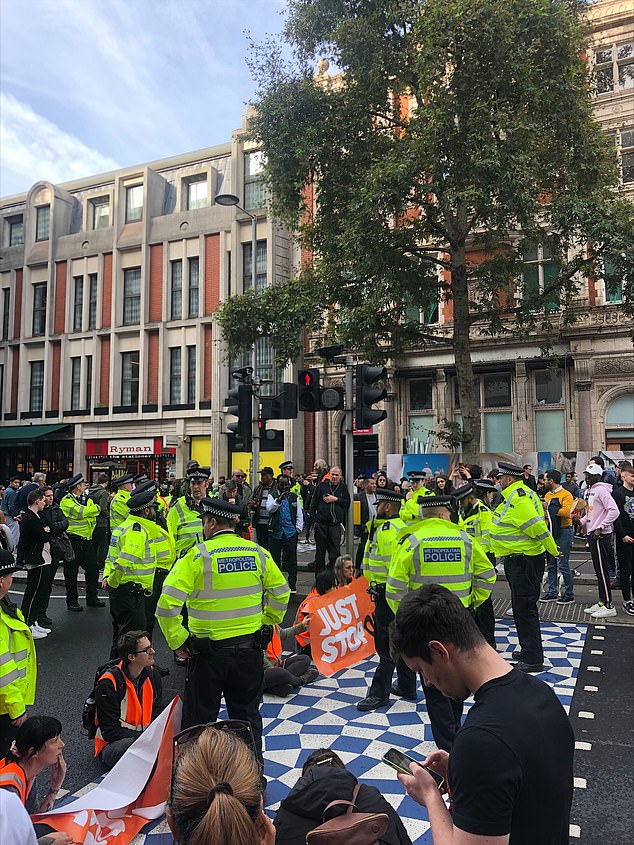 Four highways in central, south, and west London have been blocked by Just Stop Oil protestors, marking the 29th consecutive day of turmoil.

Some stuck their hands to the asphalt, while others clung to one another, causing traffic hazards.

The group’s representative stated, “This is not a one-day event; expect us every day and everywhere.”

“Our supporters will return today, tomorrow, and the next day, and every day until our demand is met: no new oil and gas in the United Kingdom.”

We will not be scared by changes in the legislation, nor will we be deterred by private injunctions designed to suppress peaceful people.

Anna Berrill, a 20-year-old philosophy student from Leeds who is participating in the rally, stated, ‘It crushes my heart to witness the tragedies that are occurring and will continue to occur as a result of our actions, and to live in a collapsing planet and do nothing is intolerable.’

Four highways in central, south, and west London have been stopped by Just Stop Oil protesters, marking the 29th consecutive day of turmoil.

Just Stop Oil is requesting that all new oil and gas permits and licenses be halted.

The latest action comes after a month of mayhem in London and the rest of the United Kingdom as a result of recurring Just Stop Oil protests.

Two activists from Just Stop Oil were arrested on Friday after they sprayed orange paint across a Rolex store in Knightsbridge.

More than 600 protestors have been arrested so far in October for a variety of antics, including dumping soup on Van Gogh’s Sunflowers, mounting the QE2 Bridge, and generating over a dozen major jams.

In the past few weeks, such antics have included blocking Trafalgar Square and Parliament Square and dumping tomato soup on Van Gogh’s Sunflowers painting.

The aggressive rallies of eco-extremists have resulted in violent conflicts with pedestrians and cars who were obstructed by their demonstrations.