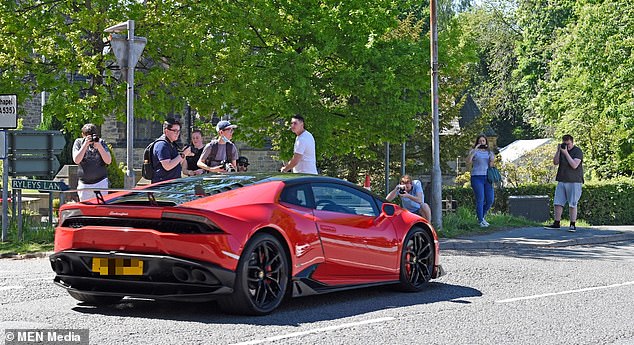 In an effort to capture anti-social boy racers revving their engines, a noise-detecting traffic camera is being tested.

Four regions were chosen in a competition organized by the Department of Transportation for the £300,000 program.

Over the following two months, the “noise camera” will be relocated to Birmingham, Bristol, and the Norfolk town of Great Yarmouth after being installed in the Bradford, West Yorkshire, neighborhood of Keighley.

It happens amid worries about how drivers’ idling engines and illicit exhausts would affect locals.

The microphones and camera capture a “digital bundle of evidence” that the police may use to levy penalties. To demonstrate its precision, it was created at a personal test track.

According to the DfT, heart attacks and other health issues might be exacerbated by traffic noise.

‘Rowdy road drivers beware, these new cameras will assist the police crack down on individuals who exceed the legal noise restrictions or use illegally modified exhausts to produce excessive noise in our neighborhoods,’ said Transport Secretary Anne-Marie Trevelyan.

It is necessary to maintain vehicle exhaust systems and silencers effectively and avoid making noise-increasing changes. A £50 spot punishment may be imposed for noncompliance.